Dog lover Lauren Kribbs often saw a pair of stray Chihuahuas playing in a Houston park on her drive to and from work.

But on Tuesday night, she saw one of the two dogs – having been struck by a car – lying dead in the street.  And next to her was her faithful companion. 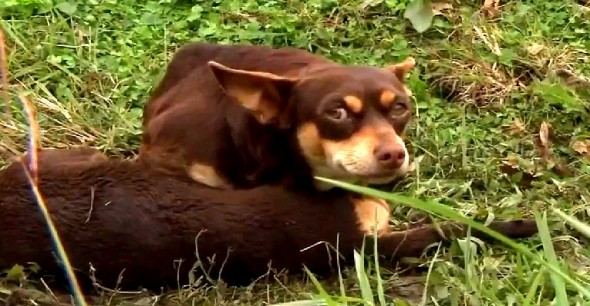 Lauren said he never left her side, and he even pulled her lifeless body off the road and onto a grassy spot next to the park entrance.

She posted a video of the devastated lad on YouTube and Reddit, pleading for someone to give him a home.

He spent the whole night guarding his friend, trembling.  Lauren leashed him up and as they walked away, he took one last, forlorn glance at his departed darling.

“It breaks my heart.  This is the first time they’ve been apart,” she explained. 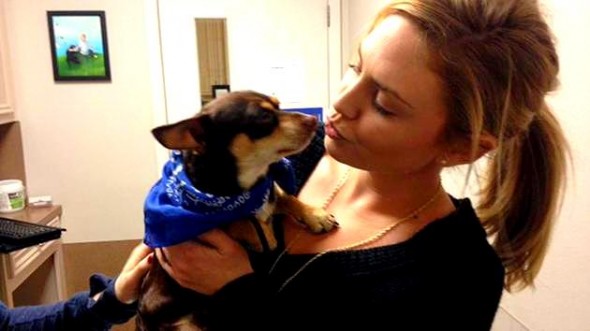 Soon afterward, there came a response to her plea.  Amanda Luckey’s brother had seen the Reddit post and knew she could help.  And help she did!  Amanda brought him a sweater, took him to a vet and brought him home to foster.

Lauren says the help “reinforces my faith in humanity. It puts another thought in your head that dogs aren’t just animals without feelings. It shows they mourn just like we do.”

The boy had no tags, so she suggested his name be Romeo, “because he lost his Juliet.”

If you would like to adopt Romeo or just get an update, send Amanda an email by clicking here. 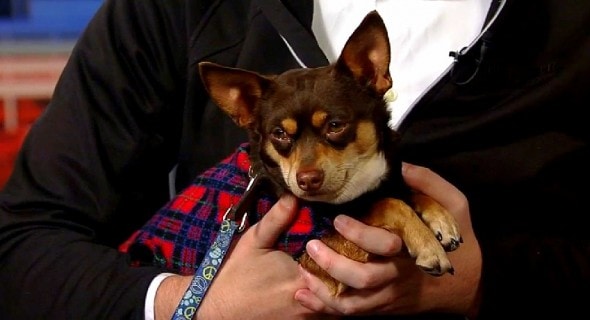 0 thoughts on “Heartbroken Romeo Refuses to Leave His Juliet”