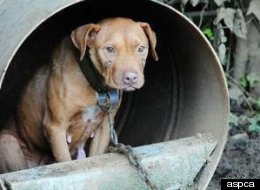 In relation to a multi-state dog fighting investigation, three more pleas of guilty have been made.  This includes a man from Texas, admitting to winning $35,000 during a fight in Alabama.

Demontt Allen from Huston, Texas plead guilty to conspiracy charges Tuesday in Montgomery, Alabama along with William Antone Edwards of Brantley, and Lawrence Watford of Adel, Georgia.  No sentencing date has yet been set.  Conspiracy is a crime punishable by up to five years in Federal prison, and fines of up to $250,000.

With these three additional guilty pleas, it brings the running total to seven people in what federal prosecutor Clark Morris is calling, “a horrendous case.”  Even now, three more individuals have filed court papers saying they want to plead guilty as well.

The investigators have said people had been paying between $100 and $150 for admission to these high-stakes fights in Alabama that took place between 2009 and 2013.

“It just goes to show you how much money people were wagering on these dog fights. Thousands of dollars were bet on each dog,” Morris said.

Allen stated in court that he did in fact bring a dog from Texas to participate in a fight near Auburn back in August of 2011.  When stopped by police, he was found to have $35,000 in cash on him that he admitted to winning at that fight.

Both Watford and Edwards are admitting to training dogs for fighting.  Watford doing so in Cook County Georgia, and supplying a dog for a fight in Waverly on the 3rd of December, 2011, Edwards doing the training dogs in Lee County, Alabama.

Waterford had been stopped near the state line, in the town of Phenix City with an injured dog he admitted to having used in the fight in Waverly.

At this point, there have been more than 400 dogs seized and cared for through the assistance of animal welfare groups that have also been helping throughout the investigation, assisting various local and federal investigators during the multi-state probe.

“Dog fighting is a despicable crime, and we hope that the other defendants take responsibility for subjecting these dogs to a life of pain and suffering,” said Stacy Wolf, senior vice president for the Anti-Cruelty Group of the American Society for the Prevention of Cruelty to Animals.  She and the organization are pleased that people are actually coming forward, pleading guilty, and taking responsibility and are being held accountable.

There are four more defendants filing court papers saying they want to enter guilty pleas.  Two others have applied for a pre-trial program, one more is awaiting arraignment, and one other is scheduled for trial to begin in July.

Dogswell
Best Dog Foods for Doberman Pinschers
What’s the Best Dog Food if Your Pup Needs to Lose Weight?
Dog Volunteers: Have You Considered It?
Natural Balance LID
VIDEO: This hilarious, leaf-loving Lab is the antidote to Mondays.
Pro Pac
Do German Shepherds Smell? Why & How to Make Them Smell Better