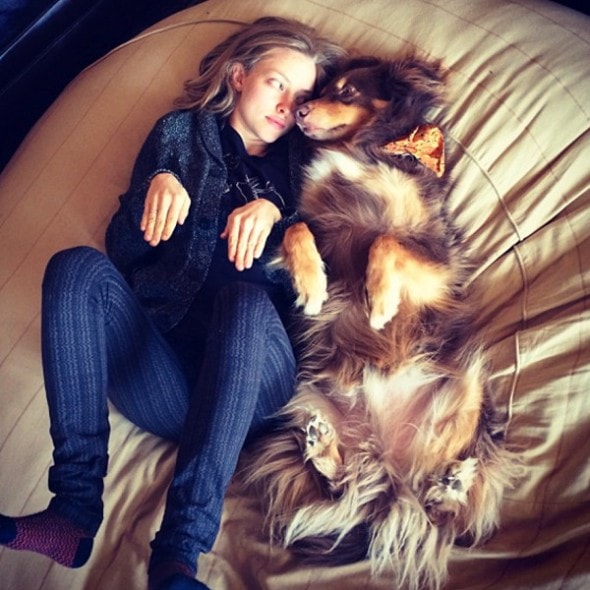 If you’re a fan of Life With Dogs, you probably know by now that actress Amanda Seyfried is a huge animal lover, particularly of her dog Finn.  She gets so many snaps with her boy that her Instagram account has nearly as many pictures of him as it does of her.  It was recently Finn’s birthday, and Seyfried made sure to celebrate it properly!

The Mean Girls star probably didn’t try to make fetch happen, but she did make a party happen.  Finley Cooper Seyfried turned seven this year, so she made sure to go all out with cake, balloons, and party hats.  This isn’t the first time Finn has donned this outfit; he allowed himself to be dressed up for his mom’s birthday last year. See some of their cutest moments together.  For more, check them out on Instagram.

I voted. He tried.

Strut your Mutt is happening SOON! Join @finnsite and me in LA on October 22nd or join our team virtually through my link. Let’s help #savethemall together. Yay! @bestfriendsanimalsociety @bfas_la A photo posted by Amanda Seyfried (@mingey) on Sep 8, 2016 at 2:47pm PDT