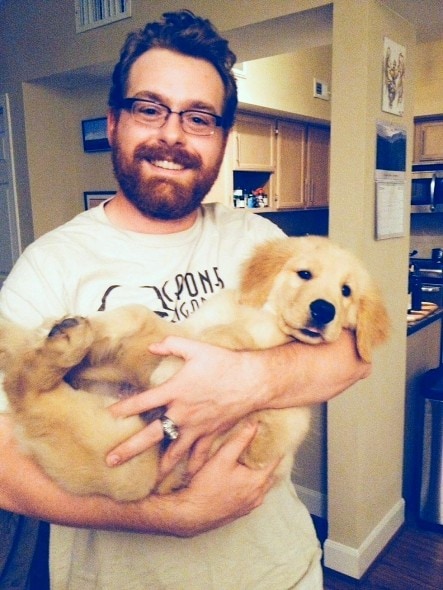 Dogs are such a huge part of people’s lives these days that many people are even including them in their wedding ceremonies.  Aubrey may soon be part of the wedding, but first he got to help his dad pop the question by dressing up like a proper gentleman.

Matt Corbett and his fiancée Sarah Edwards have had their three-year-old golden since he was a puppy, and he’s a major part of their lives.  They occasionally dress him up in silly outfits, and he doesn’t mind at all, as he loves making his parents laugh.  So when Corbett wanted to propose, he decided to make sure Aubrey was involved. 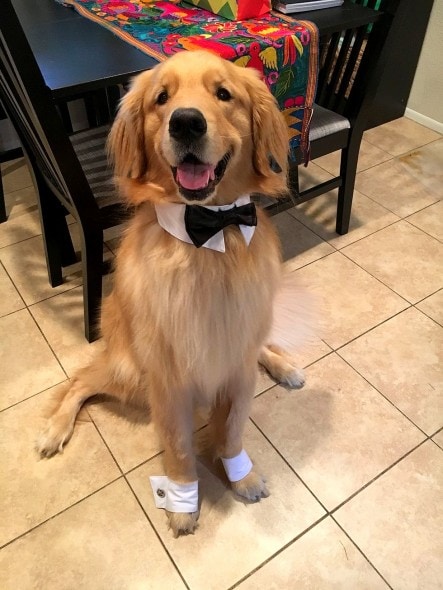 “He proposed on my birthday. I came home from work and he had lots of flowers all over the house and Aubrey was dressed up,” Edwards told The Dodo. “I thought it was adorable — of course!”

Before they went out to dinner, Corbett had Edwards open her present.  It was a series of boxes with notes stating all the reasons why he loved her.

“When I got to the smallest box (the ring box), he took it out and said, ‘I have to open this one for you’ and proposed,” Edwards explained.  “Aubrey was sitting with us on the couch the whole time. It was so great.” 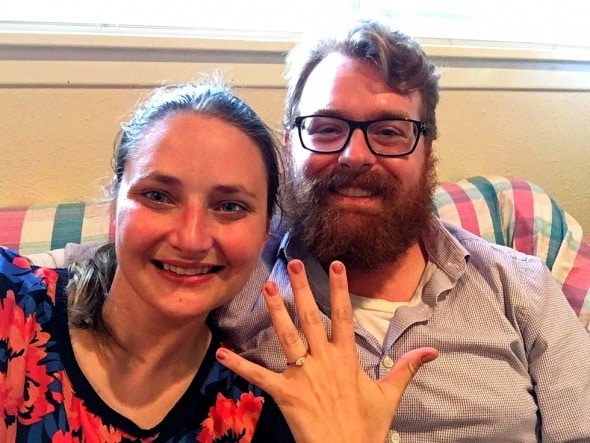 And of course, she said yes.  Both were overjoyed that Aubrey was right there to be part of the memorable evening.  They’d love him to be part of the ceremony, but aren’t sure he’ll make the most well-behaved guest.

“He’s a goofy golden who loves to jump still so I’m afraid of him jumping on me or one of the guests,” Edwards said. “We’ve decided to incorporate him into the wedding by framing the picture and putting it on one of the tables at the reception along with the story of our proposal.” 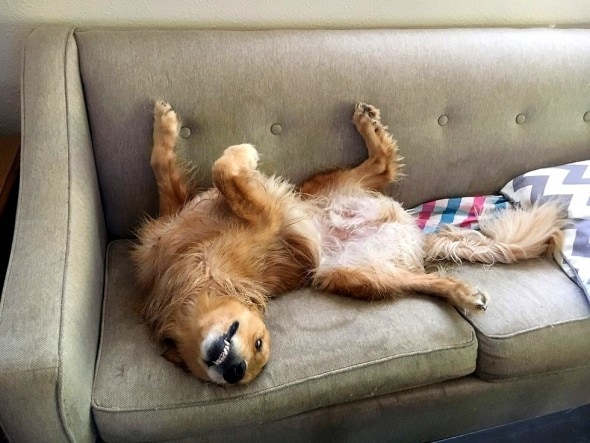