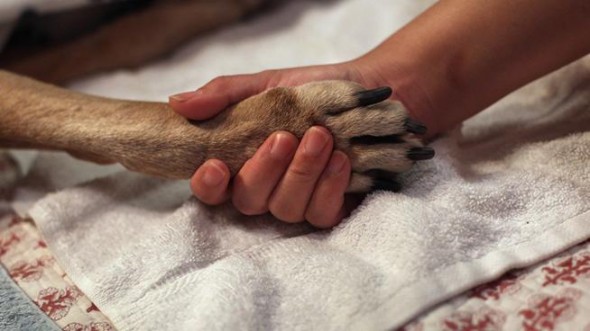 It’s one of those wonderful stories that warms the heart and makes all dog owners reach for their pet to give them a scratch.  Five years after her dog disappeared and was presumed to be dead, Heather Jackson of Chatsworth, Ga. will be reunited with Shakira, her Siberian Husky.  The dog, who is now 6 years old was about to be euthanized at Murray County Animal Control in Georgia when she was given a reprieve and instead was sent to Free Spirit Siberian Rescue in Harvard, Ill.

When Shakira went missing Jackson was told by a neighbour that someone had shot it, mistaking it for a wolf.

“It’s just unbelievable how some things happen,” said Karen Ferreri-Miller, founder of Free Spirit Siberian Rescue, who stepped in to save Shakira’s life.  She also paid to transport the dog to Illinois.  Just before Shakira was about to be adopted a microchip was discovered, which led directly back to Heather Jackson.  It is a mystery as to why the microchip was not discovered by Animal Control at any point in the last 5 years, as Ferrei-Miller says “By the time I get the dog, that’s supposed to have happened.”

Jackson now has another dog, an Akita which is quite dominant, so Shakira may end up with a new family anyway.  However Jackson is on her way to her reunion with Shakira and regardless of the outcome Shakira will now have the chance for a long and happy life, thanks to the dedication of Karen and Free Spirit.