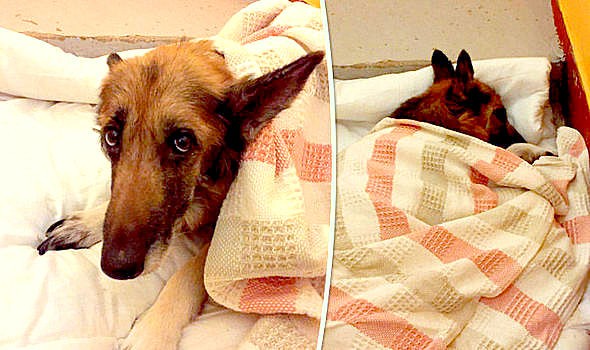 Staff members and volunteers at rescue groups and shelters go through more emotional turmoil than most people would realize.  Every day they suffer right along with the animals they devote their lives to, but few of experiences are as heartbreaking as the ones where animals have been made to suffer because of their owners.  A staff member at Hope Rescue in the UK was so devastated by the irremediable condition of Hannah, an emaciated, dying dog, that she wrote an open letter to the monster who remorselessly abandoned her when she needed care the most.

Vanessa Waddon, founder and chair of trustees at Hope Rescue was enraged and heartsick after being forced to say goodbye to a dog that she had only just met, but who will live on in her heart forever.  The sickly, starving German shepherd was found in a back alley and was brought to Hope Rescue, who takes in every stray in the area.

They called her Hannah, and they took her to be treated by a vet.  She was incontinent, had painfully overgrown claws, she was too weak to even stand, and worst of all, was losing a battle against liver failure.  Volunteers wanted to get her into a foster home, but the vet said the most humane thing to do was to put her to sleep.

“Hannah would have been suffering for some time – liver failure and that level of emaciation is not something that happens overnight, it is a prolonged process,” Waddon told Express. “Most dog owners and animal lovers would do anything for their pet, and when it was their time to go we would do anything to make them better and ultimately have them back.

“Hannah was completely let down by the one person who should have been with her at the end of her life – her owner.  But even when she was in so much pain, with liver failure, little use of her back legs and incontinence, she still had so much love to give – she probably even loved her owner.” 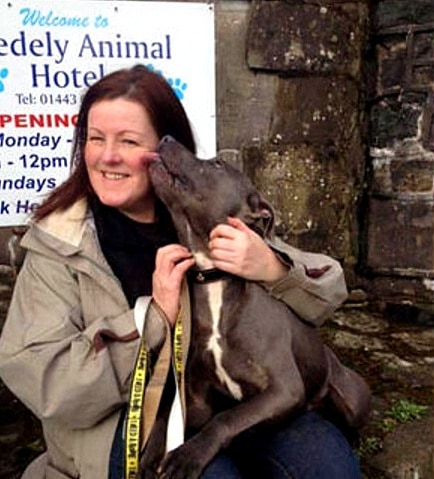 Putting her down was a kindness, but nevertheless, Waddon and the rest of the staff were inconsolable about having to do so.  Once Hannah was gone, all Waddon was left with was heartache and rage.  Not knowing who Hannah had once belonged to, she wrote an angry open letter to them and posted it on Facebook:

AN OPEN LETTER TO THE OWNER OF HANNAH

We don’t know what her real name is – but you do. We called her Hannah so she had a name rather than the ID number she was given when she was admitted to the pound as a stray. She was too weak to stand so the pound staff made a bed from an old duvet for her to rest on – did you have a comfy bed for her? Her nails were the longest and most overgrown we have ever seen – and we have seen 1,000s of strays over the last 10 years. Her waist was so thin a human hand could fit around it. Hannah gently licked our Rescue Manager’s hand as she quietly stroked her, trying so hard not to let her tears fall on to her. The gentlest of souls obviously in so much pain – how could you have not noticed?  We prayed that the vet would say we could save her, that we could move her to a foster home and that her life would change forever from that moment. But we were too late. Hannah’s liver was in complete failure, she was incontinent and her back legs had gone completely. We were left with no option than to let her go on welfare grounds, free from the pain and suffering.

As we shed yet more tears, do you even care? Are you settling down for your tea tonight without a second thought for the dog you left to die? She could hardly stand and was too weak to walk so how did she get outside? We can only guess you finally dumped her after watching her suffer for so long. You should know just how deeply we cared about Hannah’s plight, how the pound staff cared and the vet staff cared – was there ever a time you cared for her during her 8 year life?  Sleep easy Hannah, and we wish with all our heart and soul that you didn’t have to end your life in a stray dog pound, so cruelly let down by the one person who should have been with you at the end – you.

Anyone with information about Hannah is asked to contact Alison Ling at [email protected].