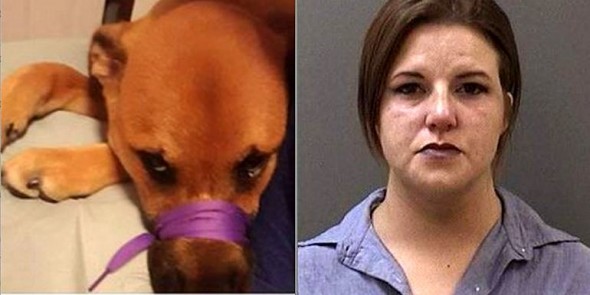 Some people feel compelled to post absolutely everything about their lives on social media, and thankfully some people are so foolish that they get themselves in trouble because of their posting addictions.  That’s what happened when Sarah Beth Boothby shared a picture of her dog on Facebook, showing it with shoelaces tied around its muzzle.  People quickly reported her and she was charged for her crime.

The Shiloh Police Department was bombarded with messages from concerned Facebookers who came across the photo Boothby posted of her dog that was accompanied with the caption, “When you chew up mommy’s shoelaces…”

They responded and charged the woman with misdemeanor animal cruelty because the shoelaces were tied “in a manner that appeared that it could restrict the dog’s air flow.”

She claims that her dog’s snout was only bound for about 45 seconds, but the fact that she would do it at all is highly disturbing.  Dogs often chew things that they’re not supposed to, but that’s why it’s important for owners to train them well and to give them things they are allowed to chew.  Positive reinforcement is far more effective than positive punishment.*

Sadly, because the dog was otherwise in good health and appeared to be well cared for, the police were unable to do nothing more for it.

It’s clear that Boothby thought she was teaching her dog a lesson, but hopefully it’s she who will learn something here:  don’t be an abusive jerk, and don’t post your crimes on Facebook. 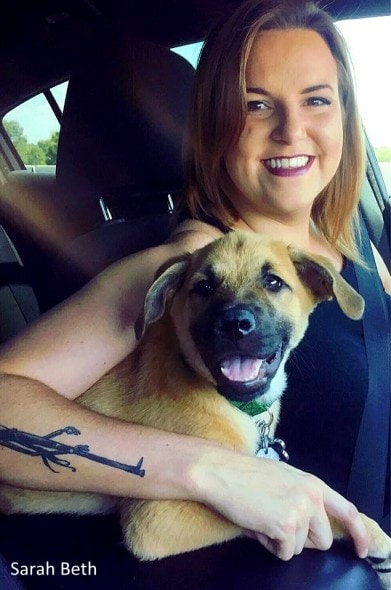 Incidentally, punishment only works on the conditions that it is immediate, severe, and contingent upon the behavior for which one is being punished.  (No, I am not suggesting that animals be punished severely for misdeeds – positive reinforcement is the best method of teaching.) While in this case it was severe, if it took place even more than a few minutes after the dog chewed on the laces, punishment would do no good because the dog wouldn’t know what it was being punished for.  It might have done 10 other things since – drunk out of the toilet, licked itself, barked at a neighbor – so it would make the connection of punishment with only the last thing it had done.