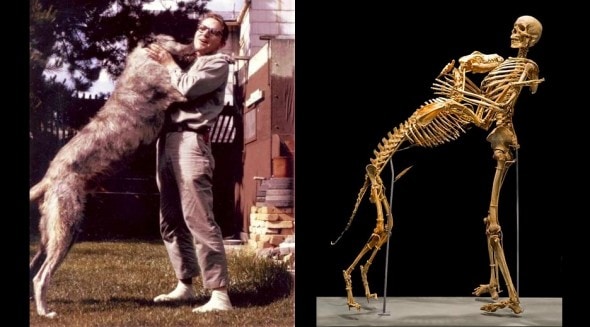 When anthropologist and animal lover Gordon S. “Grover” Krantz died in 2002, he made plans to have his body donated to the Smithsonian.  But he had one stipulation:  the remains of his beloved Irish Wolfhounds must remain with him.  So when his body went on display in 2009, his dog Clyde appeared alongside him.

“I’ve been a teacher all my life and I think I might as well be a teacher after I’m dead, so why don’t I just give you my body,” Krantz told Smithsonian anthropologist David Hunt.  “But there’s one catch: You have to keep my dogs with me.” 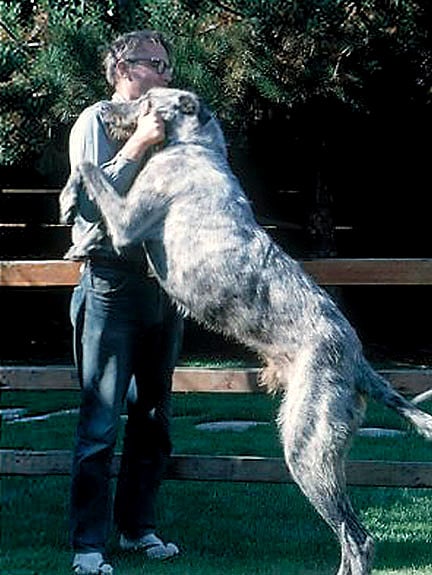 Though the Washington resident was recognized as a Sasquatch researcher, everyone who knew him understood the great fondness he had for his dogs.  He did not have a funeral following his death from cancer at age 70, rather, his remains were sent to a body farm to have tissue removed, and then onto the museum.

His and Clyde’s bones were arranged to replicate a photo that had been taken many years earlier in an exhibit called “Written in Bone.”

“Wow… you had really [an] impossible last wish,” said his wife, Diane Horton.  “And it’s been granted.”

Though Krantz and Clyde’s bones were only on display for two years, they were marveled over by thousands of visitors. 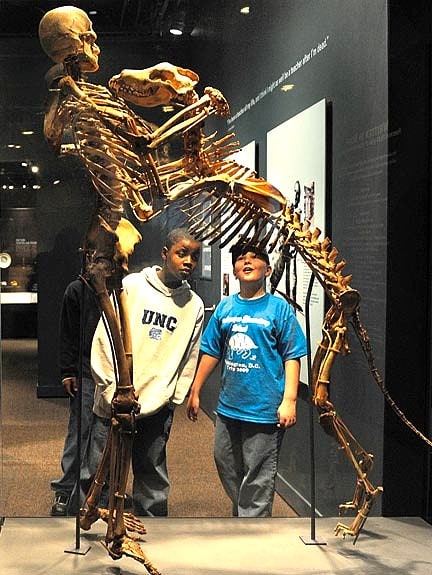