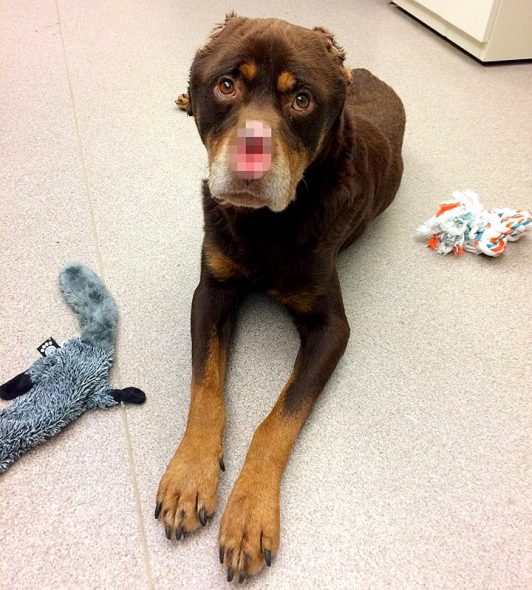 A Rottie named Baron is as sweet as they come, which is a real shocker given what he’s been through.  We don’t relish bringing you this kind of news, but investigators in Detroit need help finding the brute who savagely mangled this poor dog.

On January 18th, the Michigan Humane Society received a call from a good Samaritan who saw the dog in his dreadful condition and wanted to get him to safety.  Rescuers rushed to his aid and got him to MHS’ Mackey Center for Animal Care, where he was treated and made as comfortable as possible. 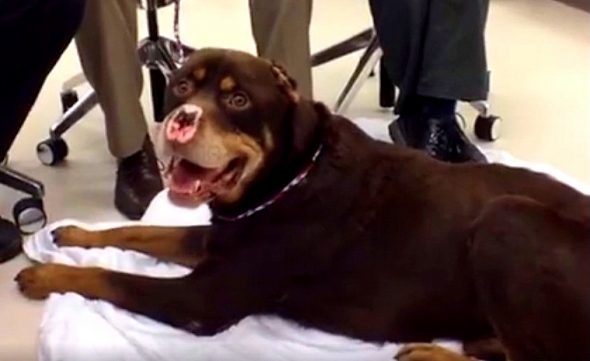 “Baron is doing remarkably well, considering his injuries.  They are in the process of healing now.  He’s got some good granulation (new, healing) tissue coming in and expanding,” explained the lady vet, whose name I could not catch and didn’t want to butcher the spelling of.

“We do have him on antibiotics to prevent infection, and he is on pain medication to be comfortable, so he’s well-cared for right now.  And we’re certainly gonna look forward to – as he heals – trying to see whether there’s any kind of reconstruction that we need to have done on his nose, because that’s the area of most concern for us.”

He is a true gentleman who lives up to his name as he sits at the feet of his medical team, exuding mollification and gratitude to be in good hands.

“He’s not under good care, he’s under the best care right now,” said dude vet, whose name I also couldn’t fully catch.  “We have an incredible staff of veterinarians here, and his prognosis is great.  He’s gonna find an incredible home after his long road to recovery.” 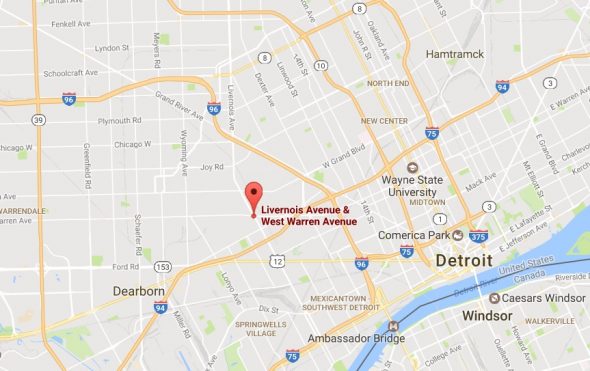 Baron was found near Livernois and Warren on Detroit’s southwest side.  Anyone with information is urged to call the Michigan Humane Society Cruelty Investigation Department at 313-872-3401.  A substantial reward – currently topping $11,000 – is being offered for information leading to the capture and conviction of the person who hurt Baron.

If you would like to make sure that Baron – and the rest of the animals MHS takes in – receive optimal care, giving them their best chance at survival, please click here to donate.

4 thoughts on “APPALLING!  Search Is on to Find the Beast That Cut Off a Rottweiler’s Ears and Nose”