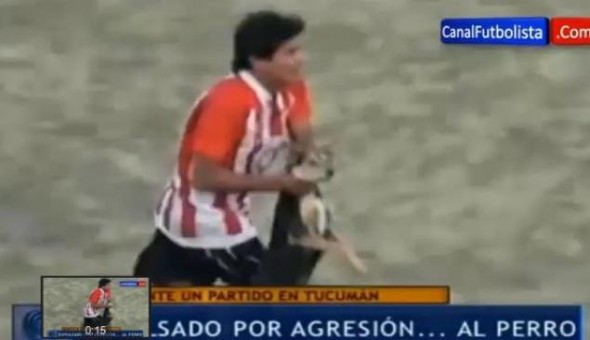 Argentinian soccer player Jose Jimenez has been thrown off his team after grabbing a dog by the neck and launching it into a fence.

The dog wandered onto the pitch and submissively lay down on the grass. He got back up and trotted around. Jimenez, who had been speaking with a referee, noticed the dog and rushed over to it. He grabbed the dog around the throat, and forcefully flung it at the chain link fence. The dog bounced off, and miraculously, got up and trotted away.

Jimenez was initially given a red card for his despicable action, which got him sent off and expelled for three games.

The incident was captured on video and incited worldwide outrage. After consideration, the Argentine club permanently expelled Jimenez.

“The Executive Committee of CS Bella Vista [have decided that], by violently throwing a dog that had entered the field of play while the game was in progress, our club cannot protect the human and sporting image of Jose Antonio Jimenez, which has been damaged by his incomprehensible attitude,” a club statement read. “In accordance with the Committee’s Book of Proceedings, we have cancelled his registration from our roster.”

Though Jimenez may find himself on another team in the future, he will do it without fans.

UPDATE: Thanks to an update and a translation by a fan, we are able to tell you that the dog is ok! Fans found him and took him to his owner, who was persuaded to bring him to a vet. The dog has some cuts and bruises, but seems otherwise unfazed by his harsh treatment. Argentinians do not tolerate this kind of treatment of animals, and Jimenez will not be treated kindly. According to the translation, “pets are not to blame for an adverse result on the playing field!” 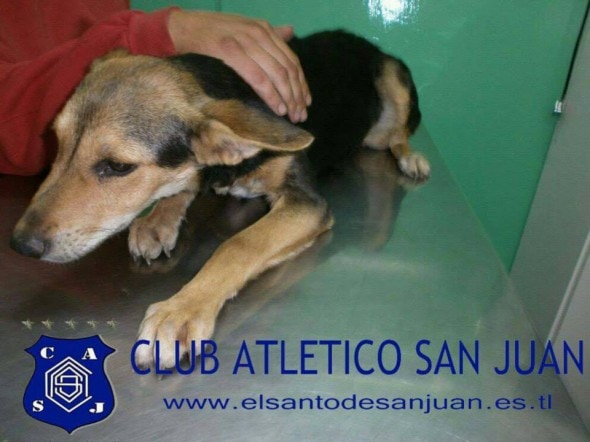