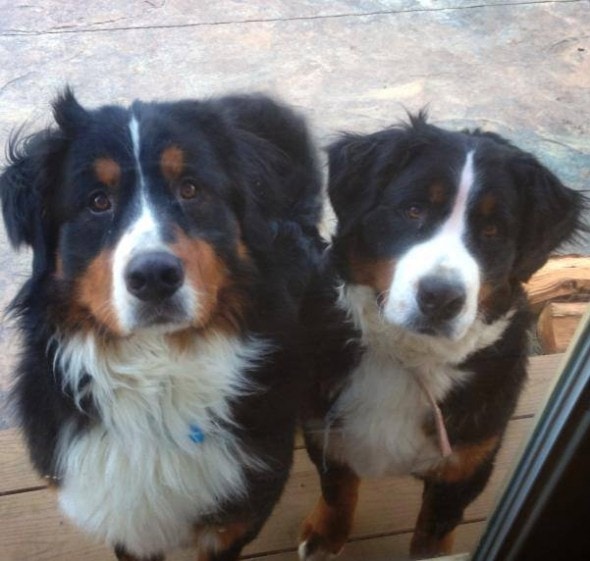 Earlier this year we brought you the tragic story of Argus and Fiona, two Bernese Mountain dogs that were shot and killed by their neighbor. Justice has been served as Gabriel Pilotti has been found guilty on two counts of cruelty to animals.

In February, two-year-old Argus and one-year-old Fiona escaped from the Bock family’s fenced in yard in Chester Springs, Pennsylvania. The two wandered onto 73-year-old Gabriel Pilotti’s property where they were friendly and non-threatening. Despite the fact that they were causing no harm or threat Pilotti pulled out a gun and shot Argus as he trotted towards Pilotti. After Argus was shot Fiona began to retreat but Pilotti still shot at and killed her.

Argus and Fiona had only been out of their yard for 15 minutes before they were shot and killed. The Bock family and their five young children were devastated. The community was outraged by Pilotti’s actions and as word spread of the tragedy animal lovers from all over the nation were demanding justice for the two dogs.

A jury deliberated for three and half hours before finding Pilotti guilty on the two counts of cruelty towards animals. His sentencing is set for October 28thand Pilotti could face up to five years in prison.