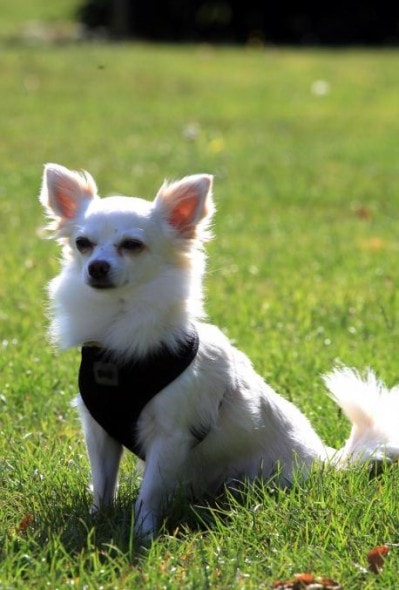 Piccolo is only ten inches tall, but he is a brave hero after he helped save his owner and her child from an attacker.

Charlie Preston and her 18-month old daughter Lilly were in their car in Eastleigh, Hampshire, England when they were unexpectedly attacked. While waiting for Preston’s partner Rob Smart who was running an errand a man appeared and opened the car door and ordered Preston to get out. Preston wrestled to shut the door fearing he would try to abduct her daughter or attack them.

“I was terrified, I kept stammering at him to stop it and leave us alone,” said Preston. “My strength was clearly no match for the man, who kept telling me to get out of the car.”

The man didn’t let up until Piccolo sprang into action. The small Chihuahua leapt onto the toddler’s lap and growled at the man.

“He growled loudly and the man let go of the door and backed off into a run,” said Preston.

Preston was shaken up by the ordeal and credits Piccolo for saving her and her daughter.

“He is a little hero,” said Preston. “God knows what could have happened if it wasn’t for my dog.”

Police are still looking for the attacker.