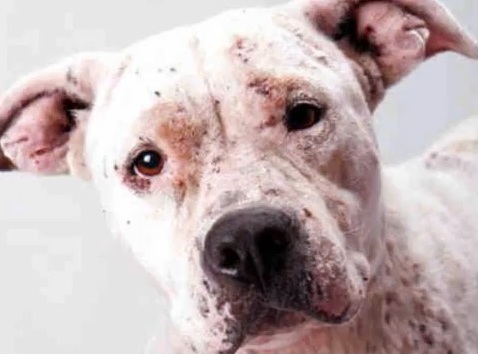 Ariel was abused, neglected, suffering on the streets, and then put on death row at the Miami-Dade Animal Shelter. No one wanted her, and she was scheduled to be euthanized. But an hour from death, she was saved by the kind folks at 100+ Abandoned Dogs of Everglades Florida, who took her to Imperial Point Animal Hospital to be boarded.

However, it’s been over a year since Ariel was saved, and she is still looking for a home. She is very friendly and sweet, and one look into her eyes and the yearning for love and a home is palpable. 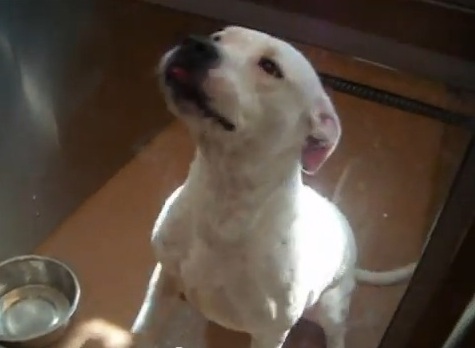 She has had a few health issues, but most have been cleared up. Due to her mysterious, but clearly traumatic past, she must be an only dog, and it might not be advisable for small children to be living in the home.

Ariel just recently spent Labor Day weekend in a foster home with a big, lush yard for her to romp, but it was only a vacation, and she deserves to have a fur-ever home.

This is the most recent update from her Facebook page:

“She has been staying with her friends at Summit Blvd Animal Hospital in West Palm Beach and is doing fantastic. Ariel had been previously tested by another facility for her skin allergies and it was reported that she was not allergic to food. Upon arrival at Summit and because she was showing no improvement, in fact getting much worse, allergy tests were sent to Colorado State and a blood panel was ordered. She was diagnosed with Lyme disease, Anaplasmosis and Erhlicia, all tick-borne diseases believed to be contracted from possible one tick during her last month long outing away from Summit.

“Obviously now on the right track for her allergies, cured of the tick diseases, on the proper diet and receiving the proper medication to heal her skin, she has shown great improvement. Ariel is a super sweet girl with her health issues finally in check. A home is honestly what she needs now…a home with no other animals or children, so she can get full attention, lots of exercise and all the love from her family, allergy drops two times a day by mouth and her diet of canned ZD Ultra. No twinkies for Ariel!

“Last but not least, she has been at different facilities and is weary of medical treatment. She frankly will not allow vets, with thankfully, the exception of the staff at Summit Blvd Animal Hospital, to treat her. We know dogs have a special sense and Ariel is a very smart girl. She knows Dr. Arun, Alicia & Austin very well and knows they are always gentle and kind to her. So, for the sake of this poor dog, that has been through hell & back, her yearly checkups must be done at Summit in West Palm Beach. We know this limits the potential adopters to the thousands of people living in the West Palm beach area, but Ariel’s perfect match is here and we will never give up the search. If you are interested in meeting Ariel, please phone Amy at 561-860-3783.”