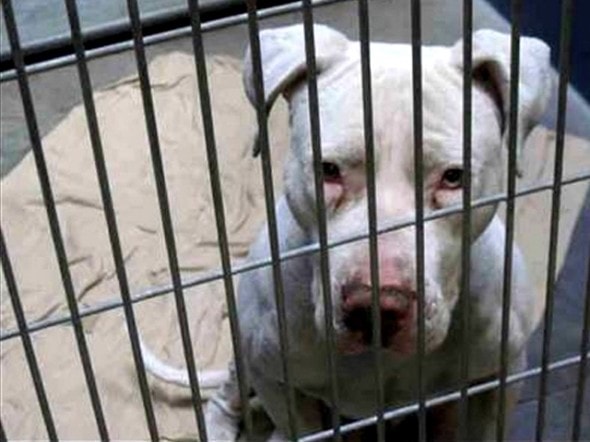 Last month we told you about Mickey, an American bulldog mix who was likely going to receive the death penalty for attacking a young boy who tried to take a bone out of his mouth.  The judge did not believe Mickey was completely at fault, and ruled that he is to live out the rest of his life at an animal sanctuary.

In February, Mickey was chained in his yard, chewing a bone, when four-year-old Kevin Vicente wandered over and tried to take the treat from the dog.  The dog attacked, and Kevin had to be taken to a hospital to have his face repaired.

“The baby sitter who was caring for the child then picked the child up and brought him to an urgent care center,” said Dr. Jeffrey Salomone, the Maricopa County Medical Center’s trauma medical director.  “When he arrived he was in shock, had severe injuries to his face; a lot of skin and fat underneath the skin pulled back on half of his face.”

Kevin will likely have to undergo surgeries for the next several years, and his family is shocked that there seems to be more support for Mickey than for their son. 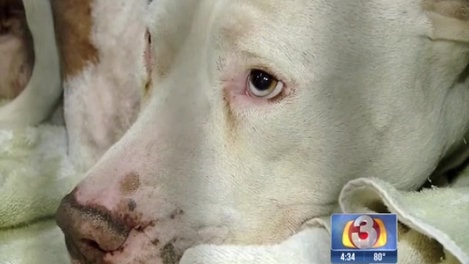 “We were not here to put a dog above Kevin,” said animal advocate Veronica Lee, who attended the hearing. “We were just here to make sure justice was served.”

Mickey is not entirely to blame for what happened.  The woman who was supposed to be watching Kevin at the time of the incident allowed him to wander through the open gate of a yard marked “Beware of Dog.”  Mickey is not neutered and was chained up.  Most attacks are from male dogs who are not neutered and are abused and/or left isolated.

Mickey was seized by Maricopa Animal Control, who allowed staff member Vanessa Martinez to remain employed after posting on the “Save Mickey” page:

“This is stupid – the owners surrendered the dog.  You guys doing all of this, won’t help any.  He’s going night night!!” 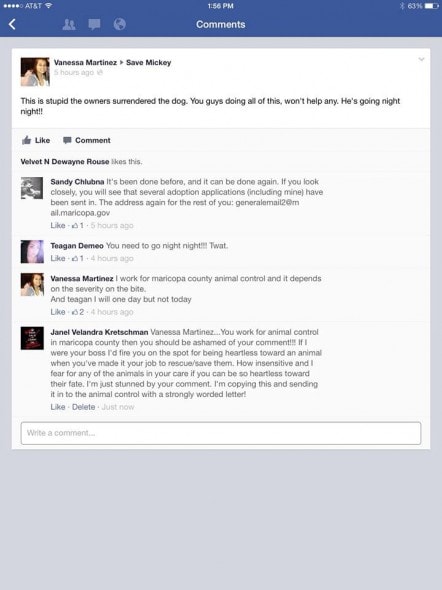 But many others took Mickey’s side – over 67,000 on his page.  Vigils and rallies were held, and New York-based The Lexus Project got on board.

Municipal Court Judge Deborah Griffin ordered on Tuesday that Mickey not be euthanized.  But she did have stipulations:  the dog must be neutered, defanged, microchipped and must live the rest of his life in an animal sanctuary; he may not be adopted out.

“This whole case has been very, very distressing to me,” the judge said.

Mickey’s appointed trustee has 30 days to find him appropriate placement.  His fangs will not be removed, but humanely filed down to reduce the risk of severe damage should there ever be another incident.  However, blunting teeth will not curb aggression, and Mickey needs training and love to overcome whatever trauma has led him to become food- and human-aggressive.