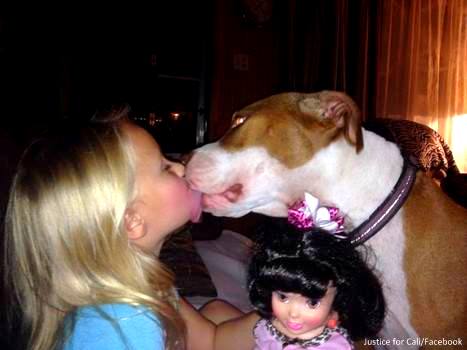 Ardmore, Oklahoma police officer Brice Woolley is under fire from animal lovers for shooting escaped family dog Cali and then remarking how “awesome” it looked.  According to police captain Eric Hamblin, the shooting was justified, but Cali’s supporters are calling for discipline.

Sarah Brown was horrified to come home and learn that her pit bull had been shot to death, but to have a witness tell her that the officer who murdered her dog laughed and bragged about how “awesome” it looked when the force of the shotgun blast blew her collar off was downright gruesome and sadistic.  Not exactly the kind of thing you’d expect to hear uttered from a man meant to “protect and serve” his community.

“I cried so much, and began to figure out what needed to be done, because I just knew this was totally unjust,” Sarah said.

Captain Hamblin claimed that officer Woolley was in the right to shoot Cali, as it was better to shoot her before she bit someone.

“I don’t think it’s wise for a police department to wait until a dog acting aggressively actually bites somebody,” he said.

But Sarah can’t find a single neighbor who will say Cali was aggressive.

A Facebook page has been started in support of the slain dog, as well as a petition calling for disciplinary action to be taken against the flippant officer.  Members of the public are being asked to take a stand against trigger-happy police and the tendency for such issues to be regarded as justified measures that have no consequences by signing the petition. 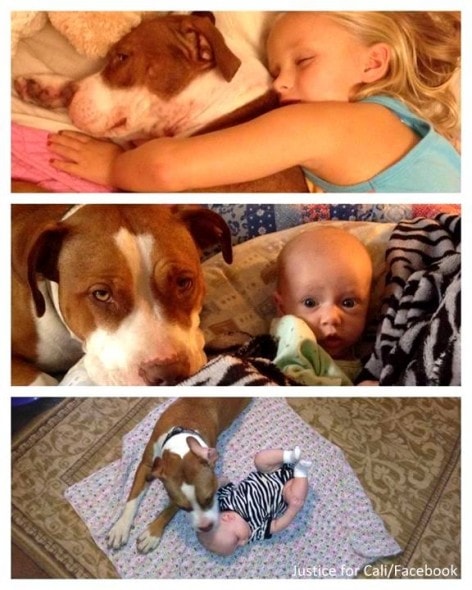 The story according to the Justice for Cali administrator:

Cali was a fun-loving, caring, peaceful family dog. On March 19, 2014, she escaped the backyard fence and was roaming through the neighborhood. A neighbor called animal control to come and retrieve the dog. The cops showed up before the animal control.

When the cops pulled up, someone informed them animal control was already on their way. Officer Brice Woolley said, “I’m not waiting for animal control.”

He then went to his car, pulled out his shotgun and shot Cali in her neck. After he shot her, he laughed and bragged about how “awesome” it looked when her collar flew off. She had done nothing to provoke the officer. She died immediately.

Animal control soon showed up. When he got there, Woolley informed the animal control that he had shot the dog. The animal control officer said, “We’ll just write in the report that she tried to attack you and others in the neighborhood.” If she was attacking him, then how did he have time to go all the way to his car and get a shotgun? 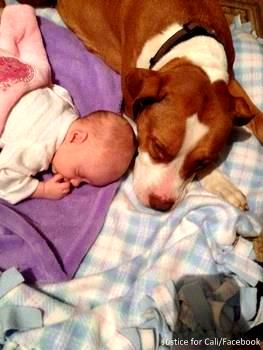 When the owner, Sarah, got there, the officer said, “We shot your dog, she’s dead.” Imagine, if that was how you found out the death of your family pet.

Sarah was at a loss for words. She went down to the police station to find out what she could do about this. They gave her the run-around and basically told her he was in the right to shoot her dog even with a witness to the crime. The police department in Ardmore is known for sweeping many cases under the rug.

We want this story to go viral. We want everyone to know the truth. This officer needs to be relieved of his duties. Justice needs to be served. Cali’s voice will be heard. 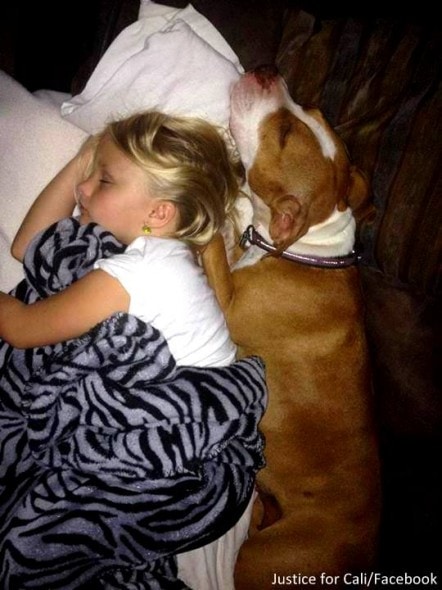 An update from March 22nd:

Well guys I spoke with the chief of police today and he totally brushed me and the Carter County Republican Party president (Anna Flatt) off.

He wouldn’t even tell us the city ordinance for this situation. Not even if the police had to go through some type of training for dogs. NOTHING!!

He was watching TV and Anna asked him to please turn it off because it doesn’t feel like he was listening. He responded with, “no, I’m not done.”

…It isn’t over yet! I am a fighter and I won’t give up! And it’s pretty obvious I’ve got some pretty great and amazing people behind our family and Cali girl.

The following image is graphic: 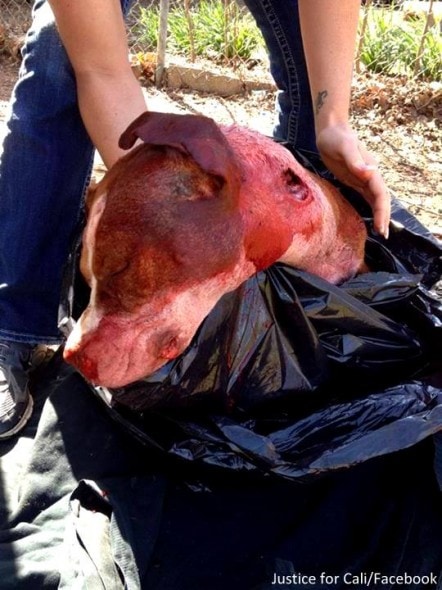