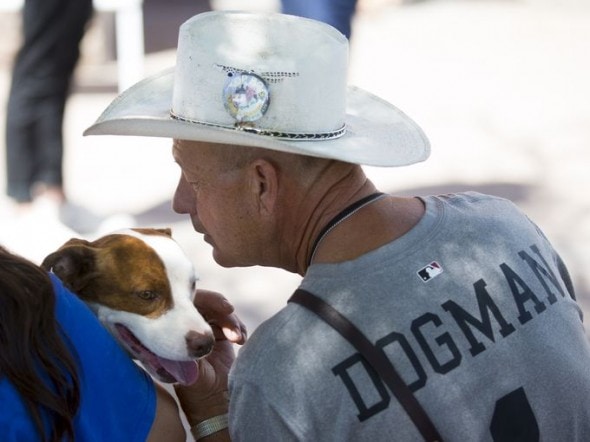 We are all familiar with the tragedy that happened in an Arizona boarding kennel where almost two dozen dogs died in June.  The parents of the dogs that passed got together for some healing and to help adopt out some dogs.  In total, the group was responsible for the adoption of 61 dogs. 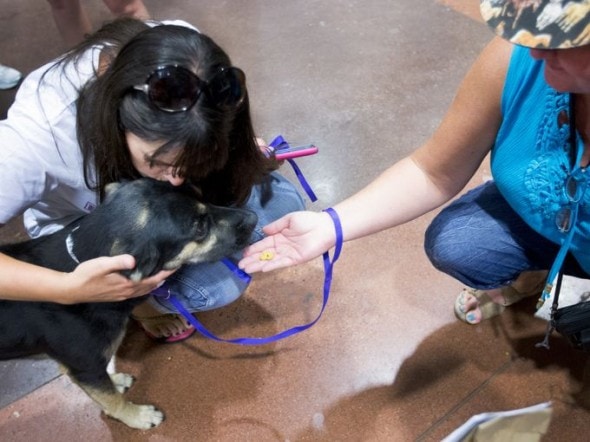 After the deaths that had occurred at the Green Acre Dog Boarding facility, the group known as the Gilbert 23 started a gofundme.com campaign to aid with the adoption event.  According to the Maricopa County Animal Care Shelter, if the $13,000 hadn’t come in, and the event wasn’t as successful, most of the dogs would have to have been euthanized Saturday morning starting at 5:00 am. 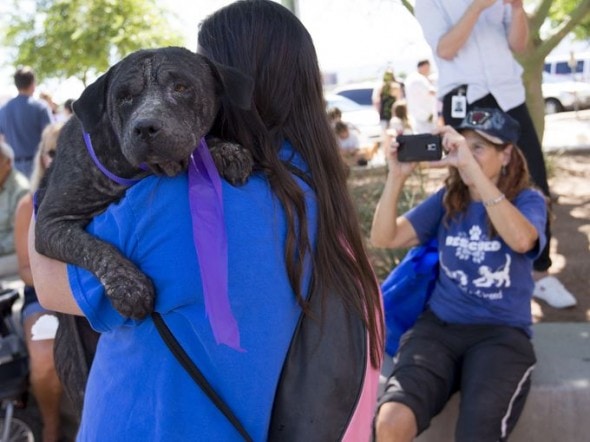 To celebrate the second chance at life the dogs were given, each dog that was adopted took part in a doggy parade Saturday morning.  Each dog, nicely groomed and all wearing a purple bandana, was walked out to the waiting crowds that gathered outside the shelter Saturday morning.  Some of the dogs were a bit scared at first, but most eagerly took part in the event, and some just couldn’t wait to get to their new families. 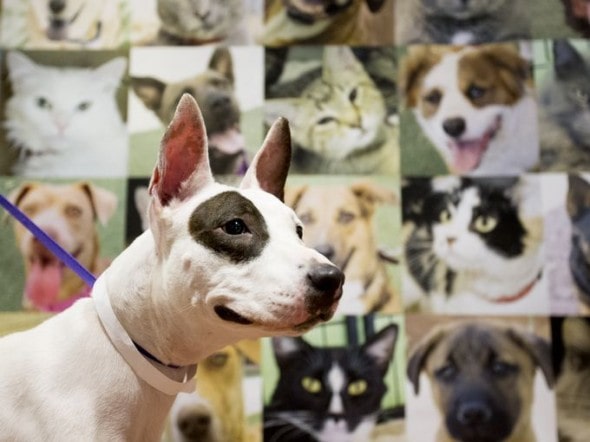 “We’re just excited to see the dogs leave a legacy for others that died,” said Shannon Gillette.  Gillette lost two golden retrievers in the Green Acres incident, and spearheaded the campaign to save the dogs.