In Melbourne, Australia, a 20-year-old man was standing on Brighton Pier for a memorial scattering of his grandmother’s ashes when he was called into action to rescue a Maltese-shitzu dog that had been blown off of the pier by gale force winds. 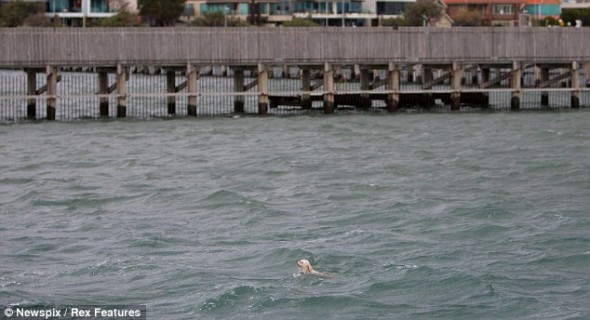 Raden Soemawinata was on Brighton that windy afternoon to take part in a ceremonial scattering of his recently passed grandmother’s ashes into the bay.  It was quite windy that day, and not far from where the ceremony was taking place, Bibi and his owner Sue Drummond were walking the pier.  Suddenly, Bibi found himself in a terrifying situation, being blown into the water by a huge blast of wind. 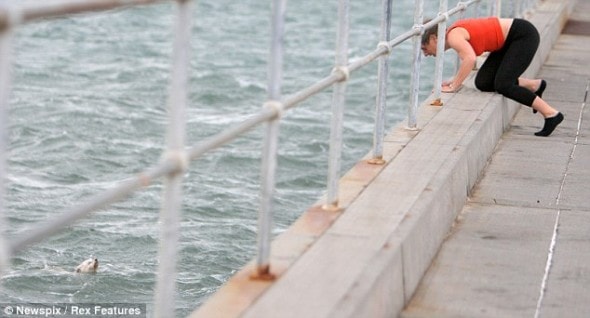 “I thought I’d never see him again,” said Sue.  All she could do was stand by, hoping that her poor Bibi wouldn’t end up pulled underwater.

Raden spotted Bibi, struggling in the choppy waters, trying desperately to stay afloat.  He didn’t have to think twice about it.  He stripped down to his underwear, and went in after Bibi. 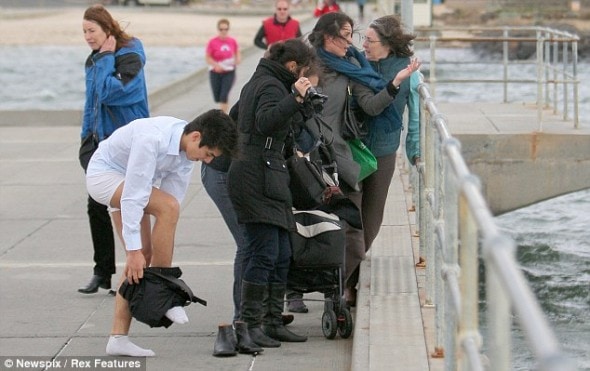 Even after pulling off an amazing rescue in the middle of grieving for his grandmother, Raden was very humble about his actions that day. 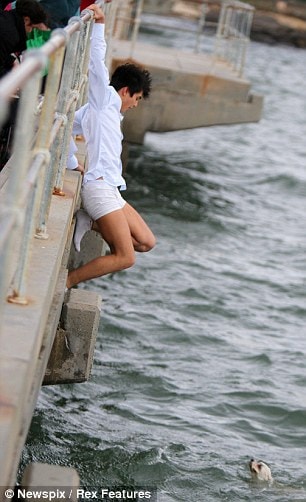 “It was pretty cold and windy, but it wasn’t such a hard decision to jump in,” he said.  “It wasn’t such a great feat.  I’m a part time model, so getting into my jocks isn’t so different to what I do for work.” 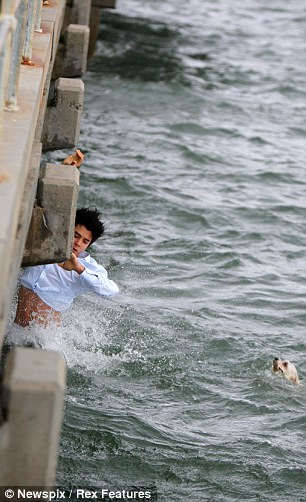 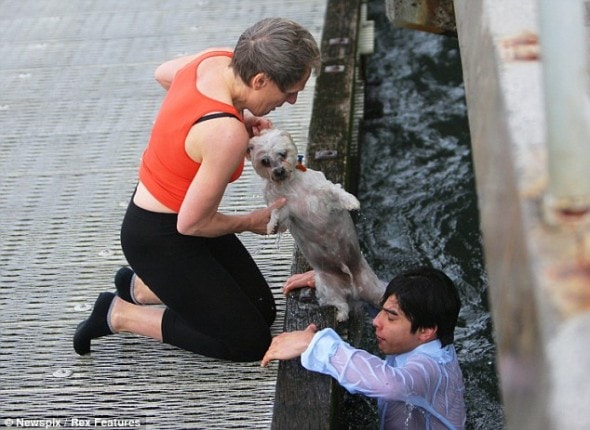