Would you cross four lanes of speeding traffic on a highway to rescue a dog that has been hit by a car? Vero Salgado, a woman in Mexico did just that, when she saw a German shepherd mix taking cover along the expressway’s median. 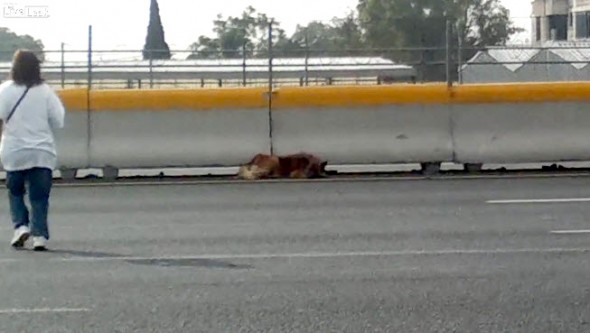 According to the video posted on Live Leak, a woman and a child driving down the same highway where the dog was injured, took notice of the pet. The driver started recording and tells her young daughter not get out of the car while she goes to help Salgado, the woman brave enough to venture into the speeding traffic to rescue the pet. 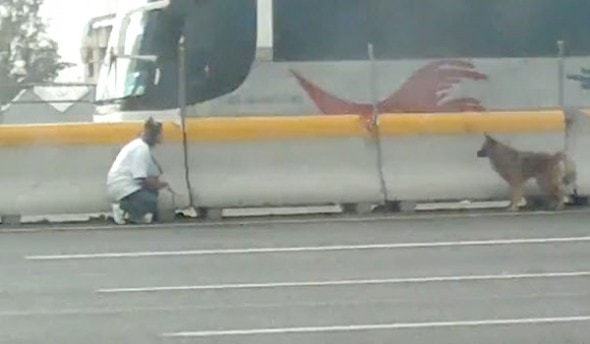 The video shows how the Salgado had to wait for gaps in between the speeding cars to run across all four lanes and approach the dog. 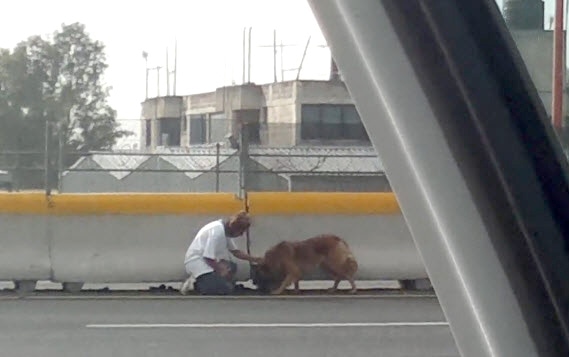 Once she made it across the highway, the dog was spooked and got up to run away from the woman, but luckily Salgado was able to gain the dog’s trust, and coaxed him to walk towards her. 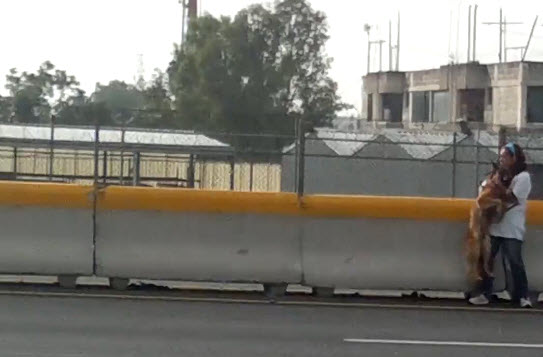 Placing a leash over the dog’s neck, the woman secured the canine and ten proceeded to pick up the pet and run across the four lanes of traffic. 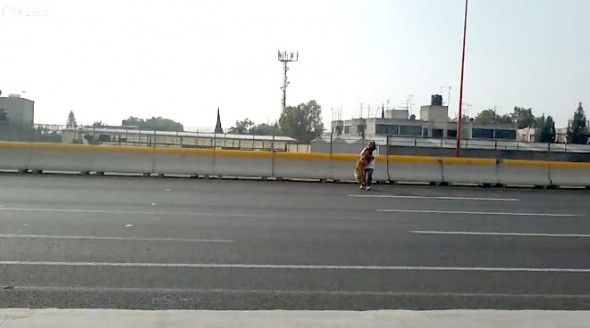 Once both of them made it safely to the other side, the dog was placed inside the car. 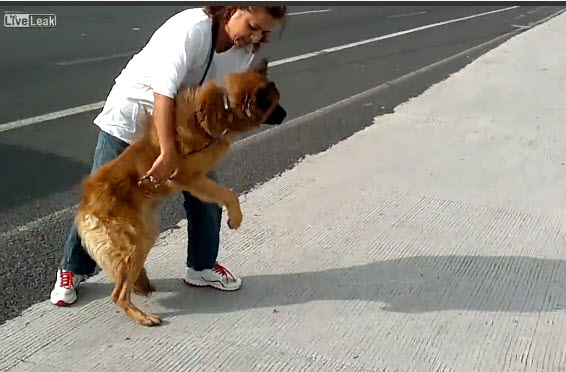 The dog was checked by a veterinarian and is on the mend. 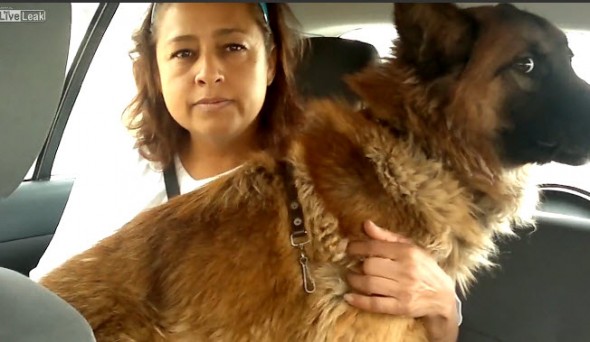 Vero Salgado is a true hero! She did not think twice and risked her life to save the gentle dog.