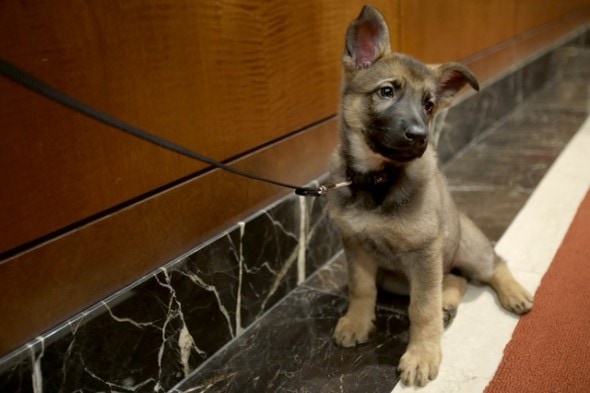 Everyone knows the old dog and mailman bit.  While it can be funny seeing the dog go after the letter carrier in a comic strip, dog bites can have some serious ramifications.  That’s why the Austrian mail carriers have been given a bag of dog treats to carry around, in the hopes of fewer bites going foreword.

A spokesperson for the Austrian postal service said the idea comes from the fact that last year, 47 workers were bitten by dogs.  There does seem to be a marked difference in aggressiveness towards the workers.

“Every bite is one bite too many,” said Michael Homola to NBC News.

It would seem that even the humans belonging to dogs in Austria are 100% behind the move.  Many of them are commenting on an Austrian social media website called The Local, and it’s been very positive.

“Our dogs will certainly be pacified if they’re given treats and then they’re less likely to be aggressive,” said Maximilian Pfeifenberger.