Back in September we told you the story of Dolly, a six-month-old Pit bull who was tossed over a six-foot-high fence outside of Investigative Science and Engineering, Inc., in Ramona, Calif. Fortunately, the abusive act was captured on surveillance cameras and once the puppy was rescued, authorities urged the public to help them identified the abuser. 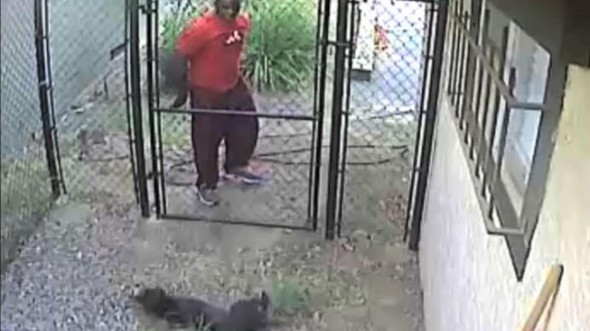 The man on the video (you can watch the video in our original article) was identified as Gary Sartor, and he faces animal cruelty and abandonment charges. If convicted, he can spend up to six months in jail or required to pay a fine of up to $1,000.

According to county Animal Services Department spokesman Dan DeSousa, the District Attorney’s Office identified the abuser after a tip came in. They notified Sartor by mail that he had been charged in the case.

Dolly was not critically injured when she was tossed, she has recovered and found a loving home with Bruce Phillips.

A court date has not been set, but Dolly will get justice and Sartor will pay the consequences for his criminal act.