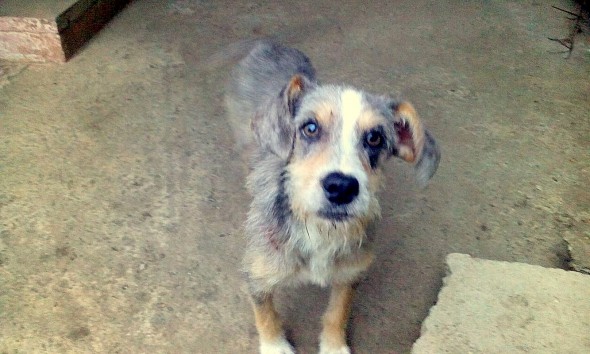 A Serbian man named Zoran was driving along a highway on the border of Hungary when he came across a small, emaciated dog on the side of the road.  Other cars were zipping by, but he stopped at the next exit.

When the dog saw Zoran get out of the car, he slowly approached.  It was easy to see that the young dog had been through a lot; he had a gash on his neck from being chained up, he was covered in wounds from other dogs, and was so weak he could barely walk.  He whimpered from all the pain he was in.

Though he already has three dogs to care for, Zoran knew he had to take in the poor scamp.  The dog, whom he called Mickey, was loaded with fleas and ticks and was suffering from sarcoptic mange (scabies), so he had to be quarantined from the others. 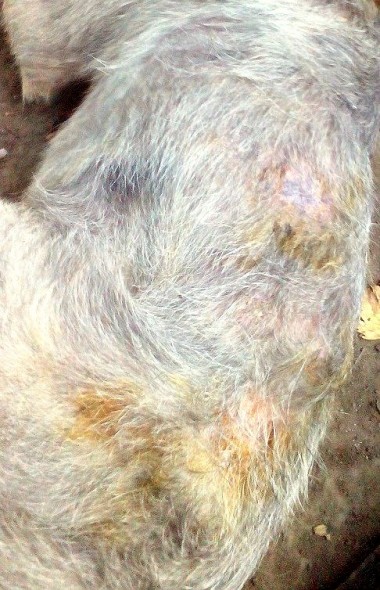 “He was in very bad shape, but he had a strong desire to live,” Zoran said.

When Zoran gave him his first handful of food, Mickey gave him a lick on the hand, as if to say “thank you.”  Despite all he had been through, the frowzy dog was still full of love.  Zoran cried.

He is working to get Mickey the medical care he needs, but costs are mounting, and he could really use some help.  If you would like to help this struggling dog get back to the active, healthy life he deserves, click here.

“We are obliged to give him another chance, Zoran said.  “He showed that he has a bigger heart than all of us!”