Timber was maliciously shot at point-blank range and then left for dead on a country road.  By the grace of all that is good on this planet, someone found him and brought him to Unleashed Pet Rescue in Mission, Kansas.

The rescue group pulls dogs from high-kill (gas chamber) shelters, advocates for bully breeds, and gets medical care for dogs in need.  They didn’t know what happened to Timber, but they could see he was badly injured and bleeding.

X-rays showed that his body was riddled with shotgun pellets.  The group believes someone who hates pit bulls may have gone after him. 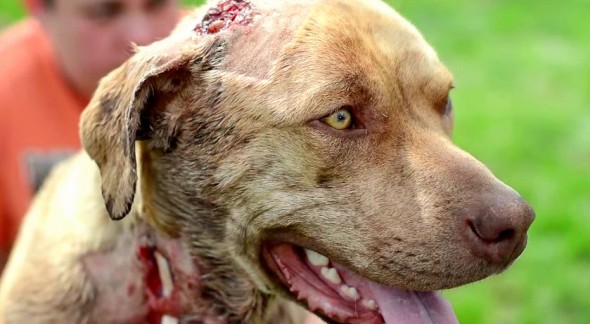 “They had to have gotten pretty close to him to be within one foot of his head when they shot him, so they would have known that he was a nice dog,” said one of the staff members.

Despite all the pain he was in, Timber allowed medical staff to clean and treat his wounds.  He underwent life-saving surgery and was placed in a foster home, where he learned what it meant to be truly loved.

“It’s unbelievable that Timber is the dog he is after what he’s gone through,” said his foster mom.  “He doesn’t care – he doesn’t hold any resentment.  He lives every day to the fullest.” 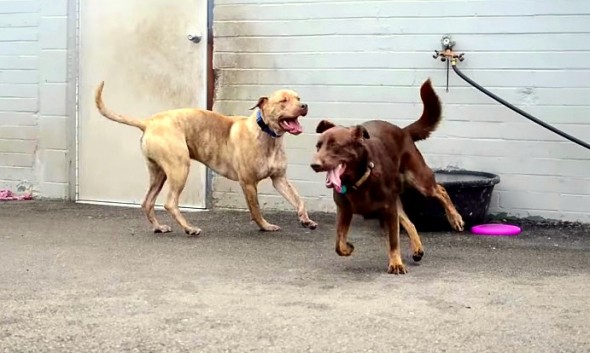 Though it is obvious that Timber still remembers being abused, he loves easily and is full of personality.  It’s usually more of a husky trait, but this expressive boy likes to howl to communicate his feelings.

“Timber is a very playful, happy-go-lucky, loving dog.  He loves attention, he wants to be part of the family,” his foster mom explained.  “He’s got a great howl.  He wants everybody to see him.  He wants the world to know he’s there, and he’ll let you know.

“I couldn’t even imagine why anybody would shoot this dog – or any dog, for that matter.  If somebody shot him because he’s a pit bull, that just shows ignorance… that shows somebody being uneducated. 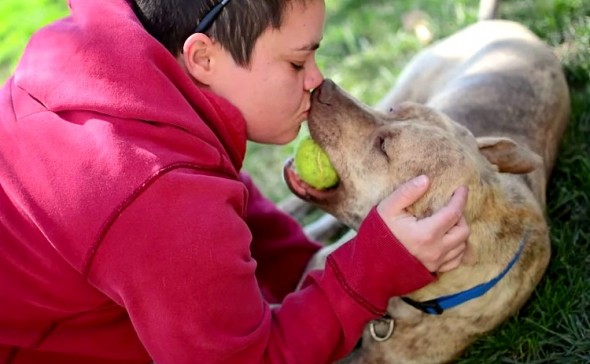 “Dogs are resilient, and if there’s any proof to that, Timber is that proof.  He faced certain death, and is shining through.  You wouldn’t even know it, unless you were told his story.”

Like most shelters, Unleashed Pet Rescue is underfunded and overcrowded.  They are doing their best to save thousands of animals that are subject to neglect, abuse, and horrendous acts of cruelty.  If you would like to help them save other dogs like Timber, click here.

As of May 2014, Unleashed was given notice that their building owner wants to sell.  They are working hard to save their shelter in addition to tackling monthly costs to keep operating.  They don’t have another place to go, and are working hard to buy the building themselves.  If you would like to help keep unwanted dogs in the only home they have, please click here. 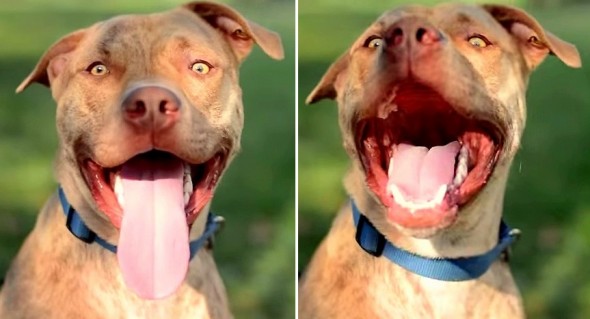