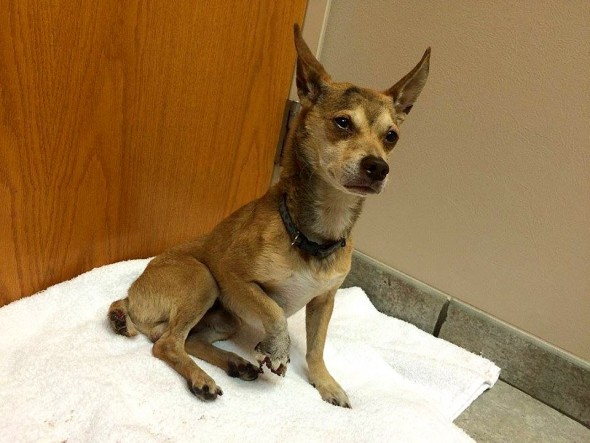 What exactly happened to Edward is unknown.  What is known is that he was so severely wounded that his foot and tail were left in tatters.  He was in excruciating pain, but the little trooper held on long enough to undergo surgery and post-op care.  One of the people caring for him knew someone who could use a buddy just like him, and now that he’s all patched up, he’s healing and beginning a new life with a new mom.

This story comes from our friends over at Trio Animal Foundation, a wonderful organization in Chicago that takes on even the most desperate and hopeless cases.  WARNING:  GRAPHIC PHOTOS TO FOLLOW. 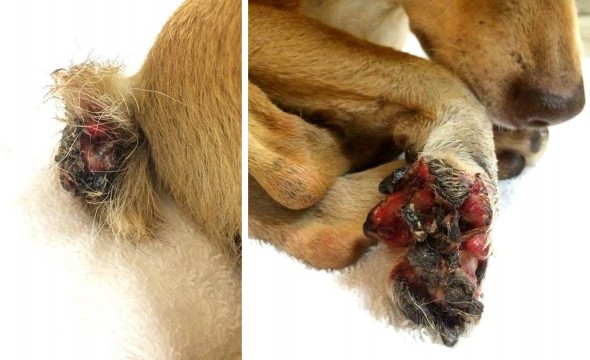 In August, TAF was called about a stray dog that was dire straits and needed emergency medical care. If you didn’t know better, the dog’s paw looked as though it has been put through a paper shredder. It was hanging in strips and had multiple broken bones. To make matters worse, Edward’s tail had been cut off and split down the middle. Both of his injuries were full of bloody puss and smelled of rotten meat. Even with pain medication, the level of pain that Edward was experiencing was so extreme that by all rights he should have gone into shock.

Due to the extent of his injuries, Edward needed to have both his leg and tail amputated within 24 hours of going into the ER. The next two weeks would also prove to be pretty challenging for Edward and he would end up being hospitalized at the ER vet once more. His little nine-pound body just couldn’t keep up with what was expected of it. He was underweight, dehydrated, had a hard time keeping food down and formed a blood clot in his newly amputated tail. It was a really rough time to say the least. 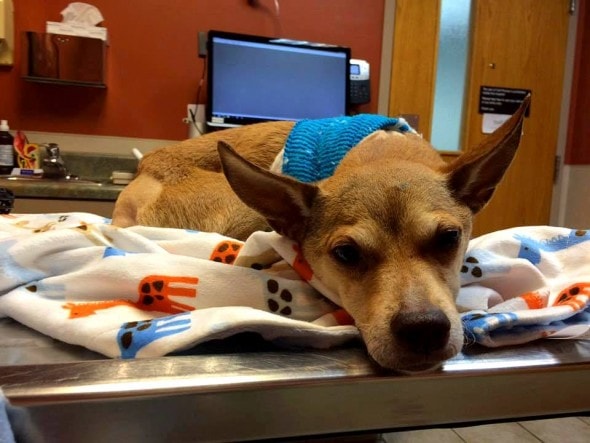 After receiving some excellent medical care, it was finally time to work on Edward’s emotional rehabilitation. The poor guy was terrified of everything except his foster mom. It was not until he was able to work with one of TAF’s therapy dogs, Hazel Grace, that Edward started to venture out and give other people a chance. It was a struggle for Edward to trust again and he is still working on it. However, we are happy to announce that he is working on it in his new forever home!

One of the technicians who had cared for Edward during his recent stays at the ER vet knew her friend was missing a furry friend in her life. She showed her TAF’s photos of Edward and it was love at first sight! 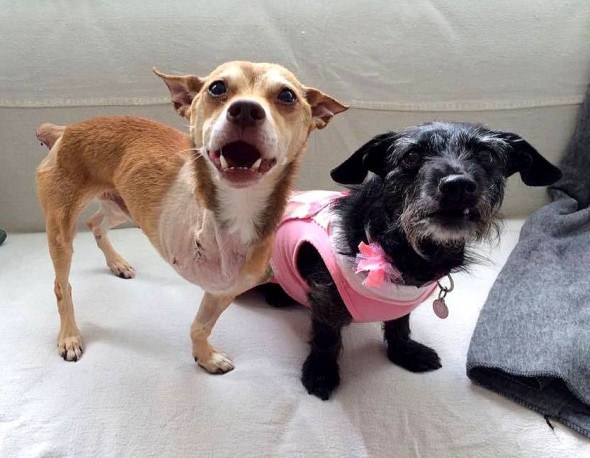 Edward now has a backyard, a grandma who is always home with him, and a peaceful environment where he can thoroughly decompress, relax and enjoy life!

This is what Edward’s new mom just wrote us:  “Edward is doing great. He is adapting very well. His ‘healing’ is assisted with his love of the outdoors. He loves his daily walks and rests comfortably. He is still a little cautious meeting new people and his doggie friends, but has not responded with any negativity. He is eating very well and loves rolling around in the suburban grass. His hair is beginning to grow in nicely and all sutures/stitches have been removed. 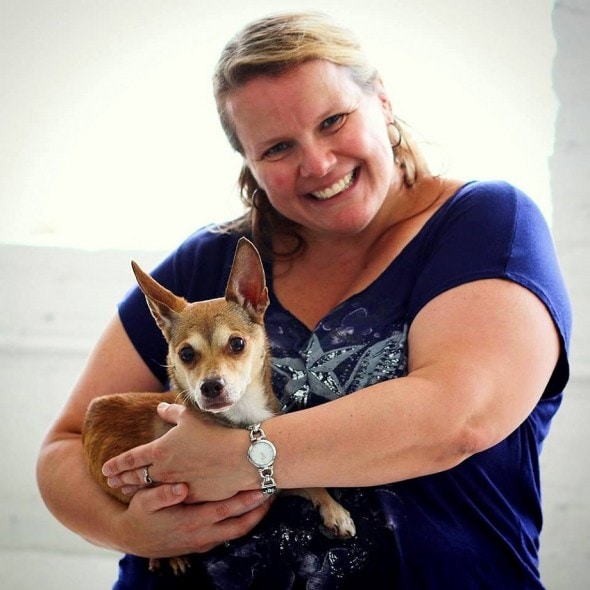 “He is very comfortable with his new home and takes every advantage to hop up on a sofa or chair. But mostly he likes laps and your full and undivided attention. He shows his gratitude with many doggie kisses.  I can’t thank you enough for allowing me to adopt Edward!”

TAF wanted to thank everybody that contributed towards Edward’s extensive medical bills that almost reached $10,000. Your thoughts and prayers made his recovery a reality and we cannot thank you enough. You made it possible for Edward to finally have his happily ever after! 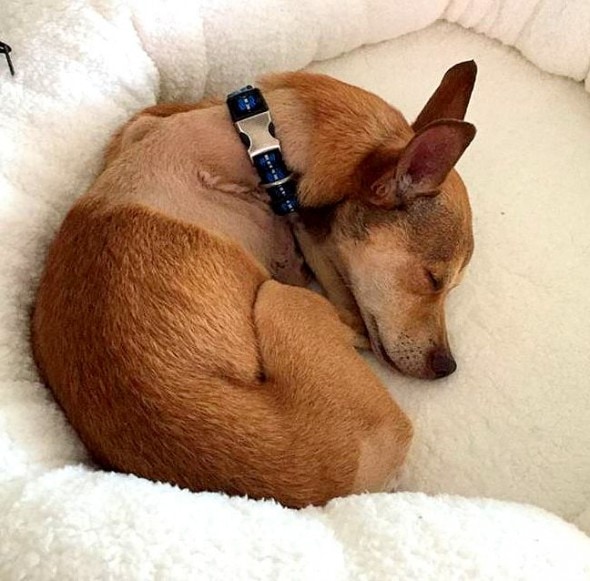