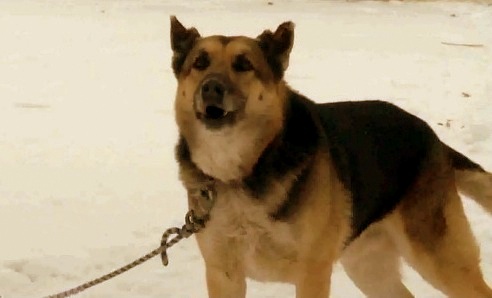 Fifteen-year-old Sean Kilgore was about to go to bed on Sunday night when his German shepherd, Gunner, started barking insistently. Following his dog’s instinct, Sean discovered an injured elderly woman, which very likely saved her life.

Sean and Gunner were warm inside their Alexandria, Indiana home when Gunner began “barking like crazy,” according to Madison County Sheriff Ron Richardson.

Sean went out on the porch to investigate. He could hear something, but wasn’t sure what it was. After listening intently for a minute, he could make out the faint calls for help. He followed the voice until he reached the home of an elderly woman.

The high school freshman called 911, and told the dispatcher that someone inside was screaming for help. When responders arrived at the residence, they found 82-year-old Margie Humphrey lying on the frigid garage floor. She fell and had lain there for over 12 hours.

With the garage being unheated, the woman may have died of hypothermia. Margie and her daughter told police they felt Sean and Gunner had saved her life.