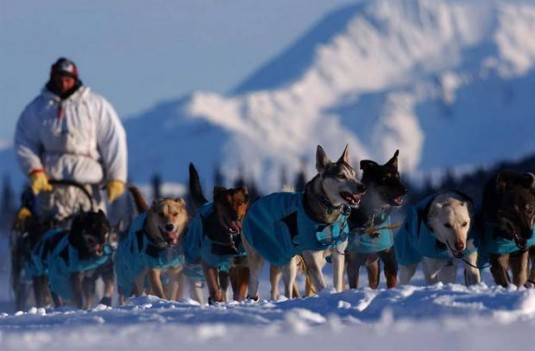 The BC SPCA is referring to the killing of 100 Canadian dogs as an outright slaughter.

After a downturn in post-Olympic business, the owner of a dog sled tour operation in Whistler, BC has admitted to ordering the killing of 100 dogs. “Outdoor Adventures Whistler” is not offering a public statement regarding the matter, but did offer a correction after a worker stated he had killed 70 dogs: the company said he had actually killed 100. CKNW obtained Worksafe BC documents that say the employee has been granted compensation for developing post traumatic stress disorder after having to kill the dogs himself over a two day period.

The worker ordered to kill the dogs has not been named, but Lawyer Cory Steinberg says the employee “….ended up having to do it…I guess the only way to describe it was “near misses”. It wasn’t always a clean, one-shot kill. Inevitably he ended up seeing and having to put the end to some horrific scenes.” According to information contained in the BC Worksafe report, most dogs had to be shot more than once: some had their throats slashed before being thrown into a mass grave.

Marcy Moriarty, head of cruelty investigations at the BC SPCA says an investigation is underway, and officials are hoping to locate the mass grave referenced in the documents. Despite her profession and the horrors often witnessed, even Moriarty admitted to being shocked at the incident. “That description where he notes that one of the dogs he thought had been killed was crawling around in this mass grave…..honestly I had to put down the story then.”

Moriarty notes that there appear to have been breaches of the animal cruelty act in the cull, and said that criminal charges are a strong possibility.