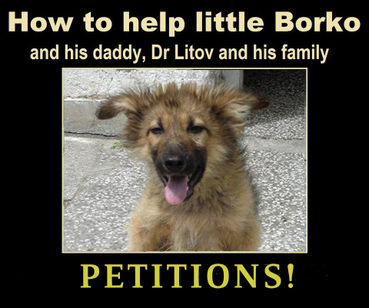 Strength in numbers can be a powerful thing, and the public is being urged to band together to bring justice to a stray Bulgarian dog named Borko.

The Bulgarian media staged and filmed a lynch mob marching to the home of Dr. George Litov, a man who rescues stray dogs.  One man took a bat and savagely beat the disabled Borko.  When police were called, they did not even show up.

Adding insult to injury, Dr. Litov and his family are being evicted and bullied out of their home, and even their town.  Nothing has been done to help the kind-hearted family who has only tried to help those less fortunate.

Local news articles about the story did not censure the barbaric and sadistic individuals of the mob or the film crew; rather, they chastised Dr. Litov for helping strays.  Journalists in the area incite these kinds of incidents by promoting the “war against stray dogs” – their exact wording of what they deem to be an epidemic.  Instead of encouraging spay and neuter programs and proper care of pets, citizens are egged on to commit heinous acts.

Bulgaria is a member of the European Union, and has recently adopted animal protection laws.  The Animal Welfare Law (2008) forbids inhumane handling of animals, and in 2011 an amendment was made to the penal code that criminalized extreme cruelty to animals.  So why is what happened to Borko, and many like him, allowed to go unpunished?

While the laws may have changed, the mentality hasn’t.  People in many parts of the world still, STILL, in 2013, consider animals to be disposable creatures that don’t feel pain.  Even worse, some malicious people not only don’t care about, but take pleasure in the suffering of animals. 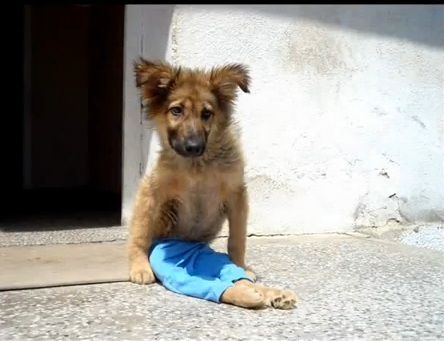 Law “enforcement” is also culpable, as they typically do not enforce these laws.  Callous police frequently laugh brutality off, and do not accept their obligation to protect animals.  Criminals often are not investigated, given jail time or even a fine for their wrongdoings, and threaten others who want them held accountable.

So what can be done to help?  Raising public awareness and making Bulgarian officials see that they can no longer overlook such atrocities without reproach is a step in the right direction.  It is up to them to ensure that their police enforce regulations and to develop programs that will help citizens learn to have compassion for animals and care for them.

A number of online petitions have been started to seek justice for Borko and Dr. Litov’s family, and ultimately, to demand EU and Bulgarian bureaucrats to put an end to unnecessary cruelty and carnage.  These are four of the more prominent petitions:

Below is the video of Borko’s beating – it may be too disturbing for some viewers.