After spending four years as a widow, one woman discovered that the best companion for her was a four-legged one, rather than a two-legged one.  Along the way, she also learned the many physical and mental health benefits dogs provide to people of all ages.  Life with dogs really is just the best. 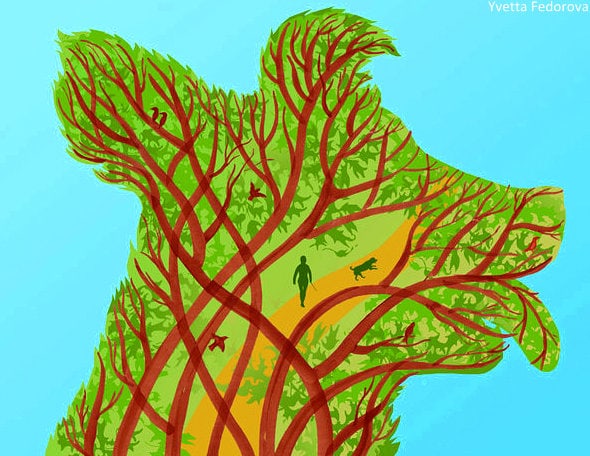 As I approached four years as a widow, the loneliness of a one-person household began to drag me down. Acquiring a four-legged companion, rather than a two-legged one, appealed to me.

And so, in February, I adopted a five-month-old puppy, a hypoallergenic Havanese small enough for me to pick up and carry, even into my ninth decade, when I travel to visit family and friends.

While most dog owners I know encouraged my decision, several dogless friends thought I had lost my mind. How, with all my work, travels and cultural events, was I going to manage the care of a dog?

No one asked this when I decided to have children. In fact, few people consider in advance how children will fit into their lives. If you want a child badly enough, you make it work.

I am now making it work with Max II, little mischief that he is, and I am besotted. He’s smart — smart enough to know when I really must work and cannot spend time throwing a ball for him. As I write this, he’s asleep on the floor at my side, although during a phone interview two weeks ago, he managed to shred every piece of paper he could grab in my study.

Yes, he’s a lot of work, at least at this age. But like a small child, Max makes me laugh many times a day. That’s not unusual, apparently: In a study of 95 people who kept “laughter logs,” those who owned dogs laughed more often than cat owners and people who owned neither.

When I speak to Max, he looks at me lovingly and seems to understand what I’m saying. When I open his crate each morning, he greets me with unbounded enthusiasm.  Likewise when I return from a walk or swim, a day at the office, or an evening at the theater.

But perhaps the most interesting (and unpremeditated) benefit has been the scores of people I’ve met on the street, both with and without dogs, who stop to admire him and talk to me. Max has definitely increased my interpersonal contacts and enhanced my social life. People often thank me for letting them pet my dog. Max, in turn, showers them with affection.

Prompted by my son, a fellow dog lover, to explore the health benefits of pet ownership, I dug into the literature, focusing first on what pets can do for older adults, then branching out to people in all age brackets.

More American households have dogs than any other type of nonhuman companion. Studies of the health ramifications have strongly suggested that pets, particularly dogs, can foster cardiovascular health, resistance to stress, social connectivity and enhanced longevity.

The researcher Erika Friedmann, whose groundbreaking study in 1980 showed that, other factors being equal, people with pets were more likely to be alive a year after discharge from a coronary care unit, said studies also have linked pet ownership to lower blood pressure, cholesterol and triglycerides — even though owners drank more alcohol, ate more meat and weighed more than those without pets. Other studies have found that older people who walk dogs are more likely than those who walk with human companions to engage in regular exercise and be physically fit.

Controlled studies by Dr. Friedmann, a professor at the University of Maryland School of Nursing, have also demonstrated a lower level of physiological arousal from stress-inducing situations when a friendly animal was present.

I can’t yet say that Max II has reduced my anxiety. I remain ever alert to his need to head outside and his attempts to chew or tear up anything he can reach. But there is no question that I am thrilled by his antics, endearing personality, unconditional love (even when I yell no), and the many connections he’s fostered with both acquaintances and strangers.

As a study published in 2007 in Society & Animals concluded, pets “ameliorate some determinants of mental health such as loneliness.” In a survey of 339 residents of Western Australia, the researchers found pet ownership to be associated “with social interactions, favor exchanges, civic engagement, perceptions of neighborhood friendliness and sense of community.”

Elderly dog owners report “significantly less dissatisfaction with their social, physical and emotional states,” according to a 1993 study by veterinary researchers at the University of California, Davis.

Children, too, can benefit from pet ownership, medically and socially. Rates of asthma and eczema are lower among children with dogs at home from infancy onward. Among boys in particular, who may have few activities that foster nurturing behavior, caring for a pet enhances emotional development and security, according to Gail F. Melson, professor of developmental studies at Purdue University.

She found that 5-year-olds who turn to pets for support are rated by parents as less anxious and withdrawn than comparable children who have pets they don’t rely on.

But before acquiring any pet, and especially a dog, Alan M. Beck, who heads the Center for the Human-Animal Bond at Purdue, urges people to carefully consider the implications. “Look for an animal of an appropriate breed, size and temperament for your household,” he said. “Do you have the income, exercise ability and time the pet needs?” In an interview, Dr. Beck suggested speaking to owners with the kind of pet you are considering. If possible, visit a household with one. Better still, he said, try pet-sitting for a few days or fostering an animal for a few weeks to appreciate more fully what pet ownership entails and to determine if you are up to the task.

“If you’re going to get a dog, you should be prepared to spend time on basic training and socializing the animal,” Dr. Beck said. “A properly socialized dog is better behaved and less likely to be aggressive and bite someone.”

In an interview, Dr. Friedmann emphasized that “pets are not a panacea” to be treated like a drug taken when you feel unwell.

“Living with a companion animal involves responsibilities, the establishment of structured routines for feeding, exercising and nurturing,” she said. “The benefits you derive from the animal are linked to these responsibilities.”

2 thoughts on “Best Thing for a Widow? A Four-Legged Companion”