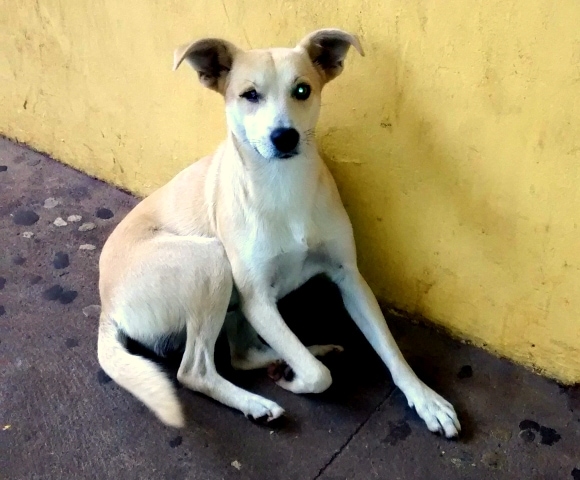 When Seco’s owner, a homeless man living in Brazil, was sent to a hospital following a violent attack, he patiently sat outside for over a week, waiting for the man to be released.  Finally, hospital staff let him inside for a visit, and the reunion was just sensational. 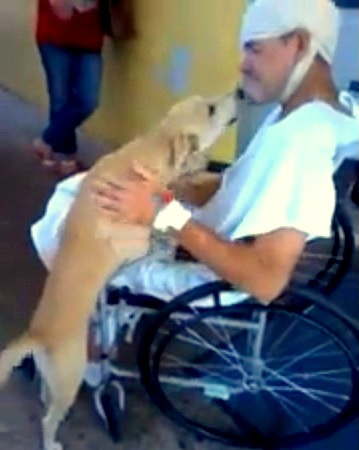 Last month, Lauri da Costa was violently assaulted and taken to a hospital.  He should have been released after a couple of days, and so, having nowhere else to go, his companion Seco waited outside.  While being treated for injuries, it was discovered that the man had melanoma on his face and needed to undergo surgery. 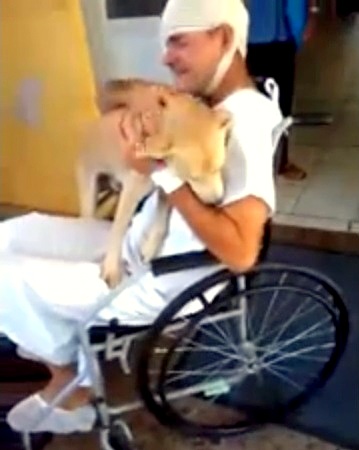 Days passed, but Seco stayed right outside.  Hospital staff took pity on the dog, and provided him with food and water.  On the eighth day of his wait, the hospital made an exception to their “no animals” rule and allowed the forlorn pup to visit his human. 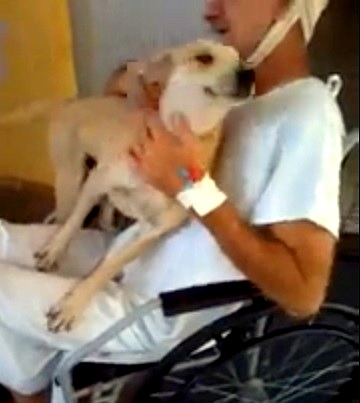 Da Costa was overjoyed to see Seco, whom he calls his best friend.  Though he will continue to wait outside until his owner is released, at least he knows just where he is and that he is safe.