Bittersweet reunion for man and his sister’s dog 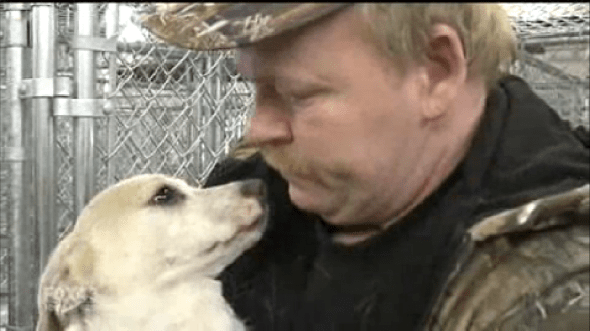 It was a bittersweet reunion for William Stone Jr. and his sister’s dog Bella. The two were the only survivors of a tragic house fire that took the life of Stone’s sister and niece.

Bella went missing in the chaos of the fire on Monday morning. “She was going to go back in, but I caught her,” Stone said. “She followed me back out, then we couldn’t find her. But I had to find her.” For days the Stone searched for the dog that had belonged to his sister Pauline, who tragically didn’t make it out of the fire. Neither did Pauline’s 6-year-old daughter Leilani Roman.

The Stone family called the Lancaster County SPCA every day looking for Bella and gave the shelter a picture of Bella. Then on Thursday they got the reunion they were hoping for. Lancaster Police Officer Juanita Martinez-Bender picked up a stray dog and was dropping it off at the Lancaster County SPCA when the founder of the SPCA Susan Martin instantly recognized the stray. “The first thing I said is before it even got out of the car was, ‘I know that dog! That’s the dog from the fire!’” Martin said.

William Stone was overcome with emotion when he saw Bella. “Come here girlie! That’s her! That’s her!” said Stone. The two survivors embraced, both filled with sadness in their eyes. “She knows, she knows she lost her mommy,” said Stone.  Stone is glad to have Bella to comfort him in this time of tragedy. “I lost my niece, she’s an angel,” he said. “I lost my sister. At least I’ve got something that belongs to her.”