Dogs always seem to know when they’re needed to be there for someone.  When Margaux, a 12-year-old poodle suffering from an autoimmune disease lost her eyes, her canine siblings stepped up to the plate and now act as her guides so she can get around and go for walks with confidence. 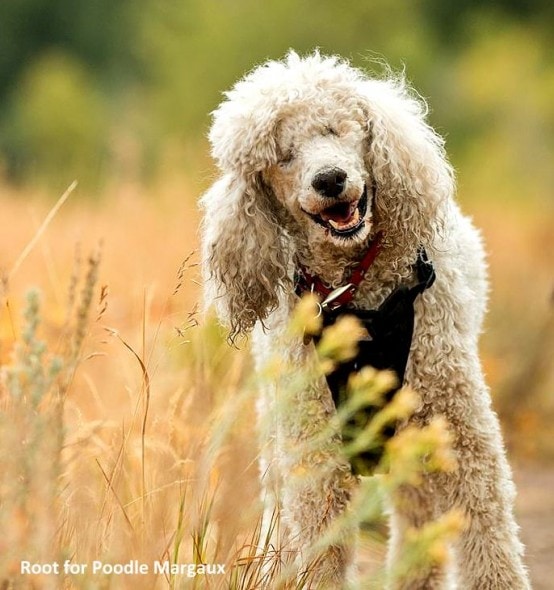 “In August of 2016, our Poodle Margaux had both eyes removed, and we learned that her hearing was gone. We didn’t know what to do at first. She’s 12 and has had a great life,” her dad Scott Jordan explained on her Facebook page, Root for Poodle Margaux.  “But my wife and I decided she deserved a chance to continue on so long as she had some quality of life, which we decided was possible. We realized this would take a lot of work.” 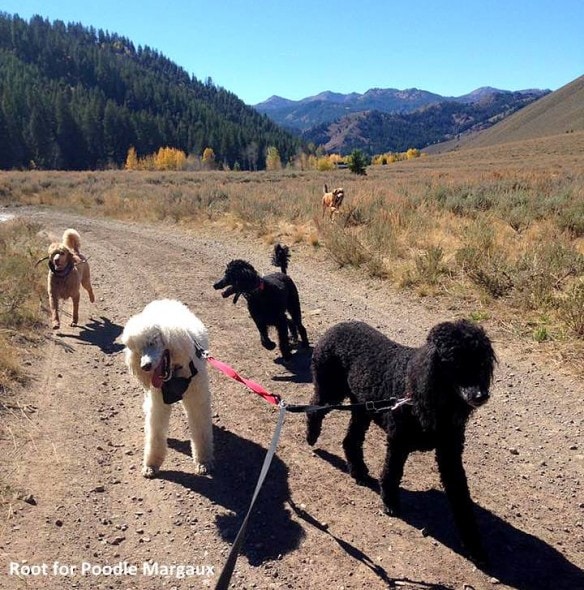 Margaux has diffuse pyogranulomatous inflammation, an autoimmune disease, which means her body attacks itself.  It began in her paw, which healed, but then her vision began to fail.  One eye had to be removed, shortly followed by the other.  Then her hearing deteriorated.  By August 14th, she was deaf. 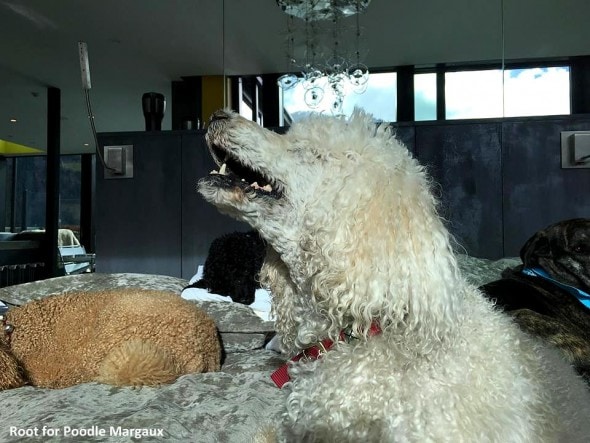 “Her nickname has become ‘The Awesome and Amazing Margaux’ thanks to her inspiring nature and persistent attitude to learn something new every day. She loves to dance to Stevie Wonder’s “Sir Duke” (even though she can’t hear it) and loves going on hikes with the Jordan family,” dad continued. 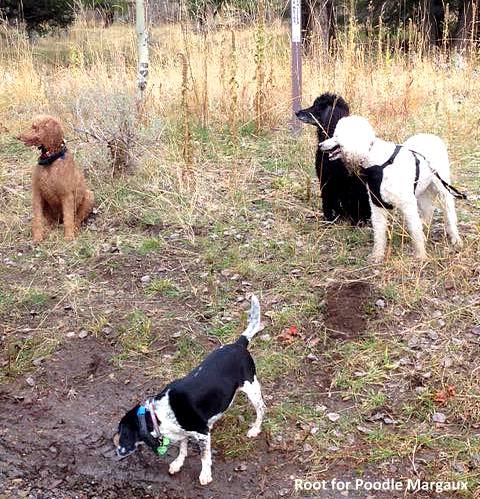 “She is truly awesome and amazing, and that’s why we call her that! She takes everything life gives her, in the darkness and silence, and says ‘Is that all you got? I can handle this. I just need a little help.’ And she does it with this HUGE smile on her face at all times.” 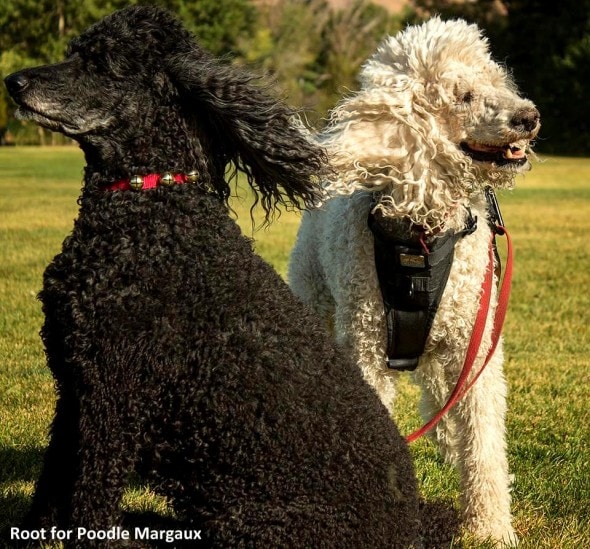 Though losing her senses must have been terrifying, Margaux is a trooper and faces every day with courage.  This is made much easier because of the help of her three sisters, Rhonda, Susie, and Chloe.  Their leashes are tethered to hers when they go out on walks so Margaux doesn’t have to worry about not knowing where she’s going.  And when they’re not hiking, they’re lounging together. 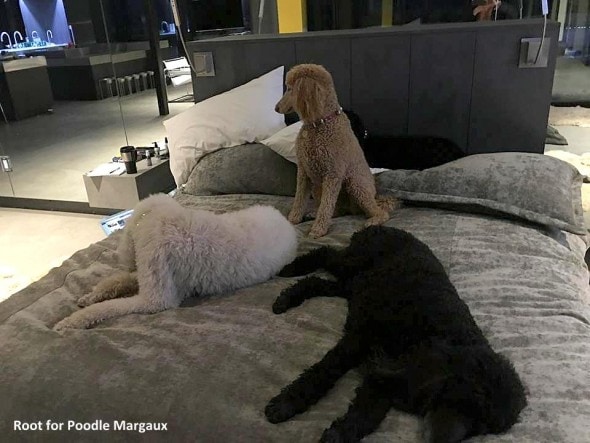 “She is inspiring me and causing me to slow down a bit and dedicate myself to her needs,” Scott concluded.  “For those of you with kids, you will understand this. My wife Laura and I don’t have kids but our 4 poodles, Chloe, Margaux, Susie, and Rhonda are our children.”