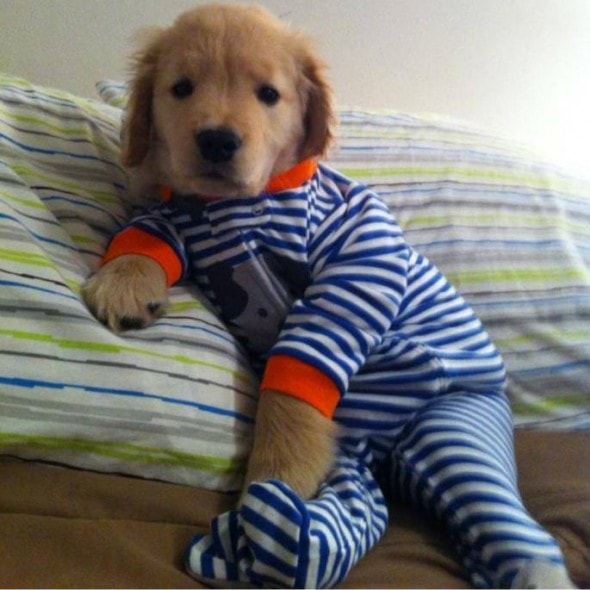 One of the most popular dog photos shared online is of a Golden retriever puppy in his pajamas. That puppy is named Ray Charles and he was born blind. He was almost put down because he couldn’t find a home, but the right person came along and saved him.

Ray Charles has over six thousand fans on Facebook, but he wasn’t always that popular. He was born back in December, the only male in a litter of five. His breeder quickly noticed that something wasn’t right with Ray. He didn’t run around and play like his sisters and acted far more timid. A visit to the vet revealed that Ray was blind.

Ray’s blindness made it far more difficult for him to find a home and he was almost even put down. Luckily the right person, Andrew Fales, came along and Ray soon had a home that appreciated Ray and saw how special he truly was. Soon his photos were being shared all over social media and he was winning the hearts of thousands.

“Even though he can’t see, he still lives his life to the fullest,” said Fales.