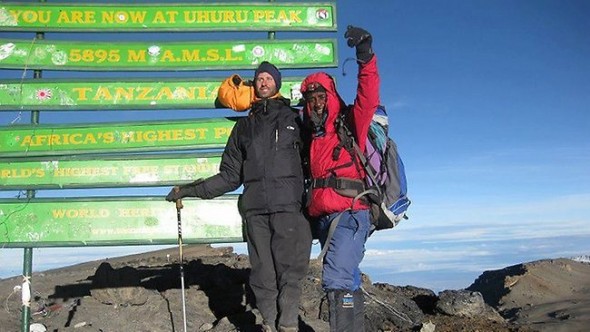 For Henry Macphillamy his dog Billy was his eyes and his key to independence. Billy was Macphillamy’s first guide dog. When he suddenly died last year Macphillamy was devastated. To honor his beloved guide dog the Australian law student climbed Mount Kilimanjaro in Billy’s honor.

For five years Billy and Macphillamy were inseparable. Billy allowed Henry to get around and be independent. Last May Billy died of a stomach condition, and Macphillamy was crushed. “It was pretty massive. It took a while to set in,” said Macphillamy. “You develop such a close relationship, and suddenly they’re not there. It’s quite a horrible experience.” At the same time Macphillamy felt lucky for the time he did get with Billy.

Macphillamy wanted to do something to honor Billy’s memory and last month he reached the summit of Mount Kilimanjaro in Tanzania for Billy. He made the climb with other members of Team Doggies from Guide Dogs NSW/ACT. They reached the summit on December 1st. Macphillamy relied on a long cane, trekking poles and guides to negotiate the difficult climb. “It was much a mental challenge as it was physical,” said Macphillamy.

Macphillamy made it to the top and he did it to honor all the loyalty and love Billy had given him over the years. “It was an amazing feeling when I got to the top,” said Macphillamy. “To achieve what I set out to do in (Billy’s) memory was very emotional.” Macphillamy also raised more than $31,500 for Guide Dogs NSW/ACT, the organization that matched him with Billy. 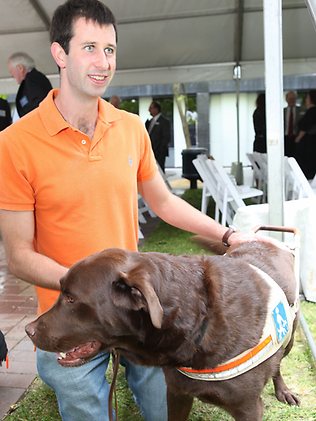