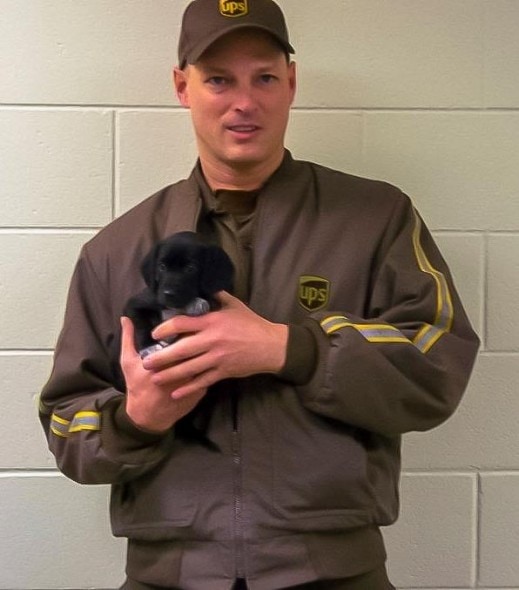 Jerod Armentrout was out making deliveries for UPS when he spotted a black lump on the side of the road. He thought it was just a chunk of ice, but then it moved. What Armentrout spotted was actually two abandoned puppies.

Armentrout pulled over and one of the puppies ran towards him while the other cowered underneath his truck. After getting permission Armentout brought the two puppies back to UPS distribution center. The two puppies immediately found new homes with UPS employees who adopted them. The puppies, named Holly and Kenzie, went home with their new families that night.