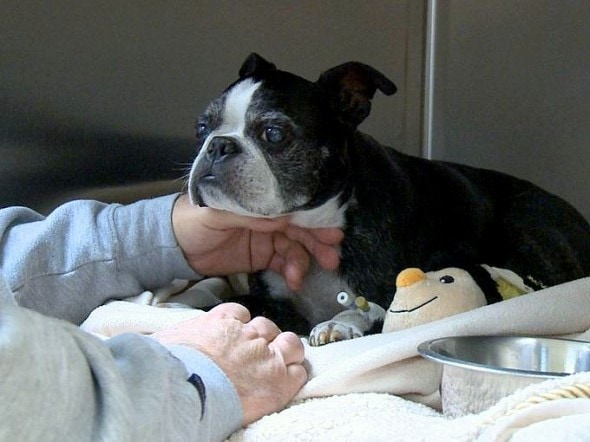 A 13-year-old partially blind Boston terrier named Sam took a terrifying plunge when he fell off the 15th floor balcony of his condo on Wednesday.  Though he suffered a number of broken bones, he survived by very luckily landing in a hot tub.

Sam’s owner’s mom, who keeps an eye on the senior dog during the day, told The Sacramento Bee that she thought he had gotten down the stairs, but soon realized he could only have slipped through the balcony’s railing.

“The dog actually, when he goes into hot tub, he hits it almost dead center and then he starts swimming immediately, instinctually in the hot tub to try to find his way out, and he got to the steps and then he pulled his way out,” Bill McCourt, Sam’s human, told KFOR. 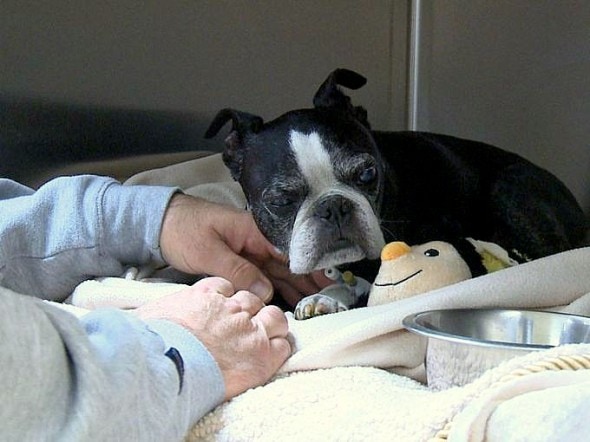 A passerby actually saw Sam fall over 150 feet into the hot tub and just walk right out.  The poor pup got five broken ribs and sustained several fractures to his pelvis, but otherwise is in fair condition.

“It’s just ridiculous luck. I mean, there’s just no other way about it,” McCourt said.

Though Sam usually enjoys sunbathing on the balcony, he will have to be content being more of an indoor dog from now on.