When the family of a dog named Sasha, a cat named Jack, and a rat named Tweaks was forced to move, they weren’t able to bring their family members with them.  It immediately became clear at the shelter that they couldn’t be split up, but finding a home for a bonded pair is difficult enough, let alone a bonded trio. Thankfully, the perfect family adopted all three.

The Rat Pack was brought to the Oshkosh Area Humane Society in Wisconsin on March 1st by a woman and her two daughters, who were evicted and had to move into her parents’ small apartment.  They were all terribly heartbroken to have to part with their furry family members. 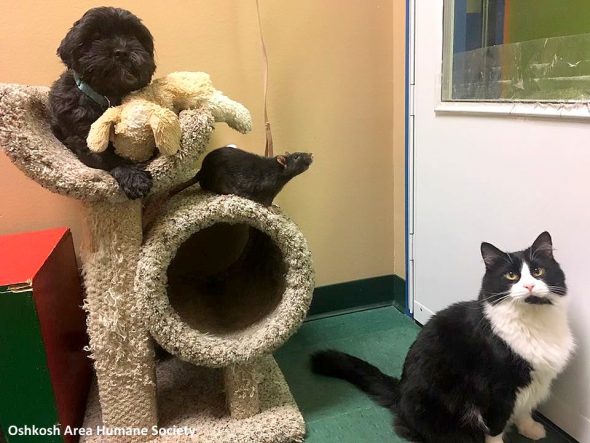 The family had had all three since they were babies, and Jack is visually impaired and relies on his siblings.  Shelter employees were told that they were bonded, but they had no idea just how much until the three were separated to undergo evaluation.

“It was immediately obvious to us that Jack was extremely unhappy. A staff member had the idea of putting the dog back with Jack to see if it’d have a positive impact,” admissions manager Cari Tetzlaff told ABC News.  “As soon as Sasha was in the room, Jack perked up. We were able to touch him for the first time. He instantly felt more comfortable.” 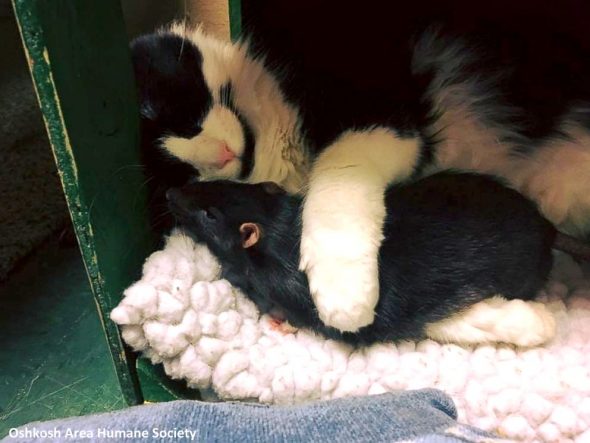 The change in his temperament was so drastic that another staff member “half-jokingly said, ‘Try bringing the rat in,’ and Sasha instantly started wagging her tail and approached to play. Tweaks was even grooming the top of Sasha’s head. It was so heartwarming.”

They made quite a splash online, especially among people who didn’t realize that rats are quite intelligent, caring, and clean.  And who would have guessed just how attached a rat could be with a cat and a dog? 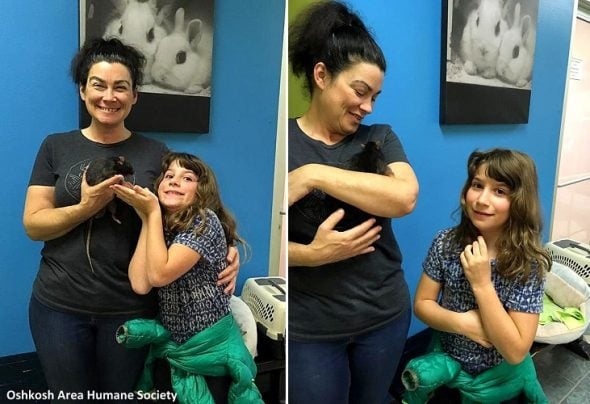 “It’s really common to see two cats or two dogs,” Tetzlaff said. “But to have a trio try to stay together for their own emotional benefit was pretty remarkable to us.”

Three weeks after their arrival at the shelter, a woman came in looking to adopt a dog and a cat.  She was reluctant to welcome a rat into her home, but changed her mind when she saw the Rat Pack together.

“She immediately softened to the idea after seeing how friendly he was,” Tetzlaff said.

Best of luck with your new family members, everybody! 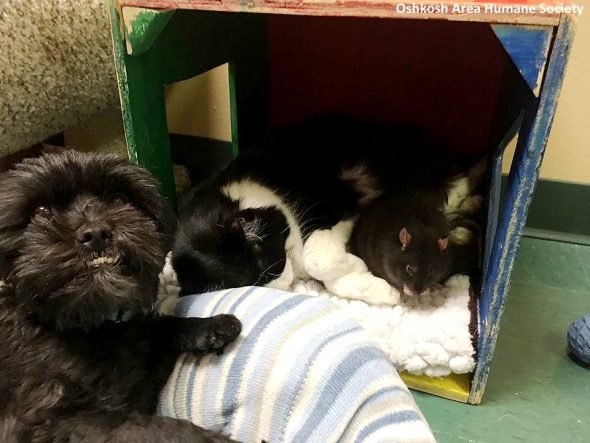