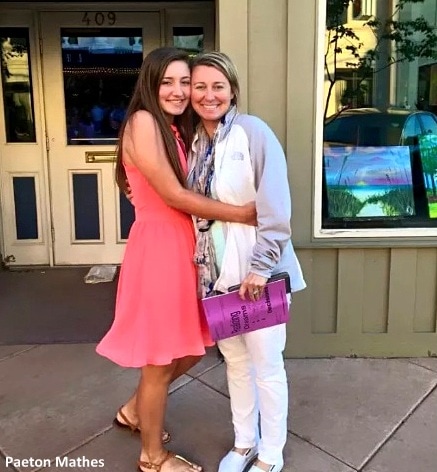 Kenny is such a good doggie.  His mom accidentally ordered an extra small bed for him, but instead of complaining or shunning it, he gratefully accepted it and just made the best of his new pillow.  Not to worry, though – the mistake has since been rectified and he has a cushy big boy bed!

Heather Stoddard recently ordered a bed for Kenny through her company’s website. 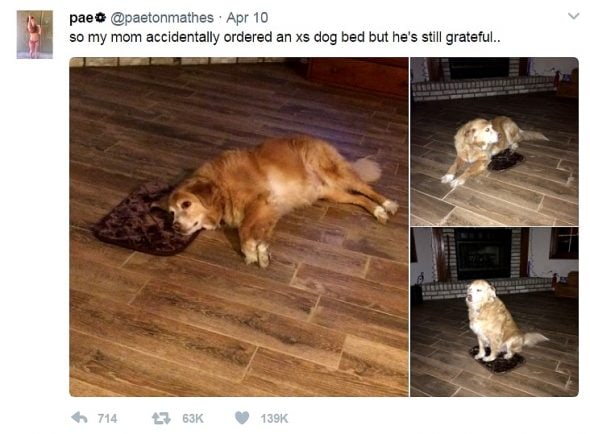 “My mom had free points to get something, so she decided to order another dog bed since our two dogs share one large bed,” daughter Paeton Mathes told BuzzFeed News. “So she just clicked it, not really looking at the measurements or even price.”

Mom realized her mistake as soon as the package arrived, but they put it on the floor just for laughs.  Surprisingly, Kenny used his best as well as he could.  But you can almost hear Chris Farley singing, “Big dog on a little bed, big dog on a lit-tllle be-eedd…” 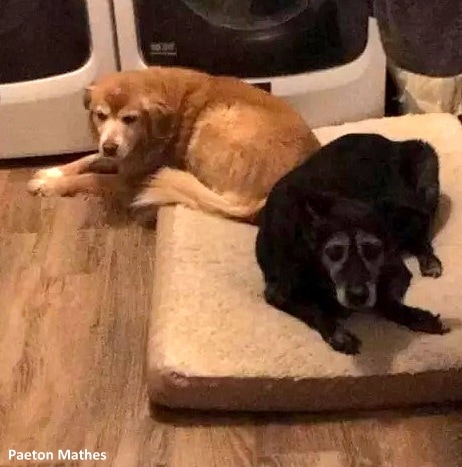 “We don’t expect him to sleep on it.  However, he enjoys it throughout the day,” Paeton said.  “And because everyone was worried, yes, we have another bed he sleeps on.”

He and their other dog, Torii, share a bed, which is why Heather ordered a second one, but as the teeny one clearly won’t do, a third, more suitable bed was ordered.  Kenny is definitely enjoying it! 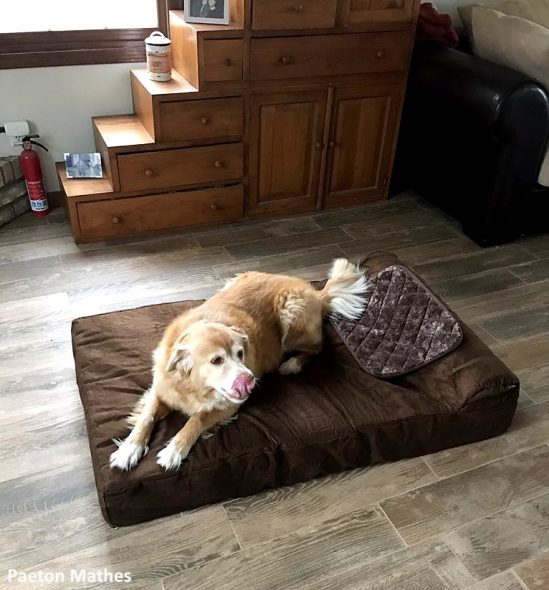