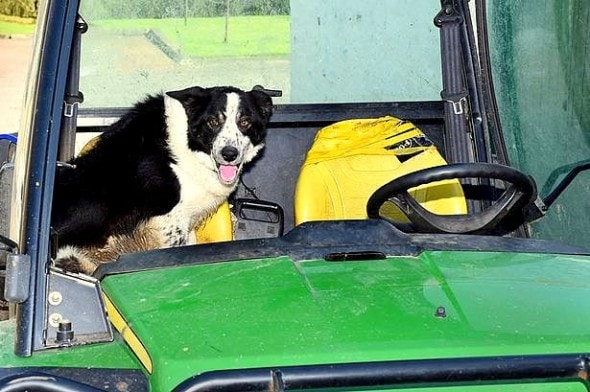 Don the Border Collie usually sits quietly in 77-year-old Tom Hamiliton’s tractor while he goes about the work on his sheep farm in Scotland, but when Tom got out to check on a lamb, Don hopped in the driver’s seat and took off down a hill and ended up on a major highway!

“It’s terrible, but people seem to find it amusing. It’s quite a steep hill and I was sorting out one of the lambs and hadn’t put the brake on,” Tom explained to the Mirror.

“When I turned around to get back in, it took off down the hill and started heading towards the [M74] motorway.

“I ran after it but I couldn’t catch up. I can’t really run very fast and I ended up falling over. I thought the fence would have stopped him but it didn’t.

“I was just hoping Don was going to be all right and that it wouldn’t hit any of the cars on the road.

“It was very busy at the time so and I was rather worried because it could have struck one of the cars.

“I think Don must have been a bit confused by what was happening. He normally just sits on in the back or on the floor next to me quite happy.” 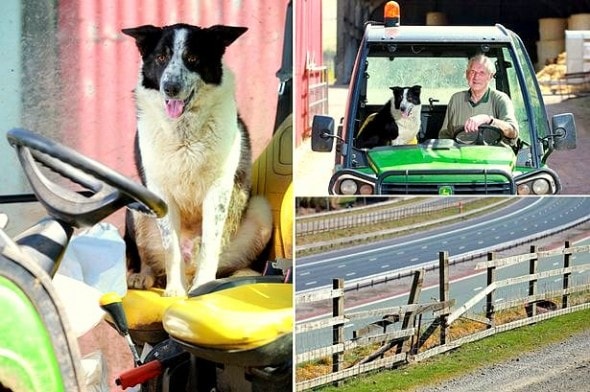 Police have not yet contacted Tom to discuss the incident.  As there were no accidents or injuries, it is likely that nothing will come of the matter.

“I’ve not had to apologize to anyone yet. I’m just glad it didn’t cause an accident. I can’t believe no one was injured. It’s all been very lucky.

“I’ve had Don since he was a pup and he is a clever, loyal, dog, who loves my grandchildren when they come over to visit.”

“But I think his driving days are over.”

Tom’s wife Margaret is happy no one got hurt.

“I made Tom go to the doctor but he was more worried about Don than himself,” she said.

“Luckily the traffic saw the tractor coming and stopped avoiding any major accidents.”