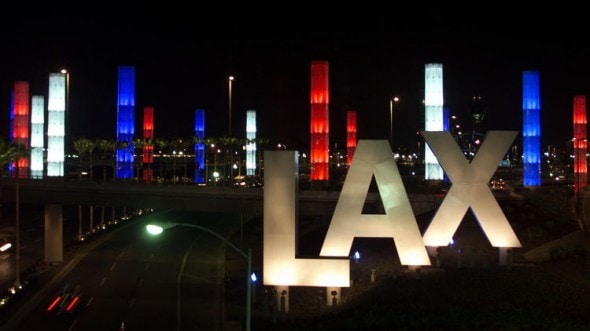 At Los Angeles International Airport (LAX), a large brown boxer managed to chew his way out of a holding kennel in the cargo holding area.  After escaping, he then bolted across two of the runways delaying two flights.

Airport officials were advised of the situation around 7:30PM.  According to official reports, the boxer got loose while waiting to be loaded onto a departing flight to Paris.

The dog was rescued from the runway area by airport personnel working in a ditch that ran parallel to the runway the dog was loose on.

Nancy Castles, spokesperson for LAX, said neither the dog, nor any airport staff were injured in the incident.  Castles said both an arriving flight and a departing one were slightly delayed by the dog’s antics.

The owner of the pooch had left on an earlier flight, and was unaware of the situation until he landed and was informed by airline officials.