Will Gibb is a brave man.  Not only is he part of The Royal Canadian Mounted Police, ut he just recently rescued his dog from the clutches of a cougar that was loose in a Tim Horton’s parking lot in Red Deer!  The large, predatory cat had his beloved husky by the neck when Gibb stepped in and quite literally beat the crap out it.

“I wasn’t really analyzing it too much at the time,” Gibb said.  “All that was going through my mind is that I had to protect my dog.  It was just very instinctual.  My dogs are like my children.”

Gibb had been meeting up with a friend at the coffee shop on December 26th.  He had let his two huskies Sasha and Mongo out to do their business and get a bit of a leg-stretch, when the cougar showed up.  Almost right away he could hear Sasha yelping. 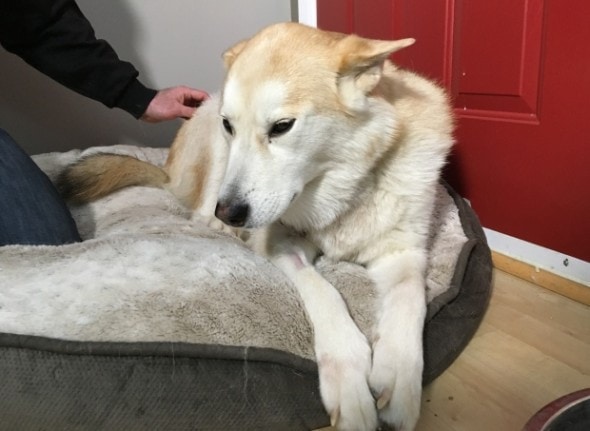 “She (Sasha) was crying out in pain and distress so I went running,” said Gibb, a 31-year-old technician. “And I saw something wrapped around her so I ran up and punched it in the side of the head.  At that point I realized it was a cougar.”

Gibb said that even after the animal let Sasha go, his first instinct was to follow the animal into the woods.  Leaving an animal like a cougar roaming a populated area could pose a threat for another dog or even a human.  However, he decided it might be a better idea to just tend to Sasha.  She needed his attention more at that point.

“I was swinging but I looked back and I saw that Sasha was on the ground kind of twitching,” Gibb recalled.  “So I went back and tried to scoop her up with my left arm.” 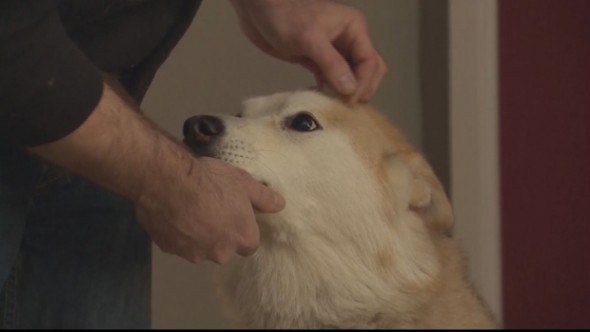 The cougar didn’t exactly vacate the area after dropping Sasha.  While tending to her, he saw it starting to eye-up Mongo as a potential meal.  Regardless of Gibb’s efforts, the cat was undeterred.

“I could see the cougar going for him, so I got between him and the cougar and started swinging and screaming at it, and called for my brother and friend to come give a hand,” Gibb said.  “And then I reached down for the closest, biggest stick that I could find and I ran back into the trees to go fight the cougar.”

Sasha has had her wounds attended to, and aside from the bites she’s really just very shaken up by it all.  However, medically speaking she’s doing just fine and is expected to make a full recovery.