Laura Jacques and Richard Remde have made world history!  They are the first couple to receive a clone of their dog that had just recently passed away.  Talk about one heck of a Christmas gift!

This is the first time that someone has been successful taking DNA from a dog that had passed away.  Their dog Dylan had died from a heart attack about six months ago.  Samples from him were used to create the new dog.

Remde brought blood samples to a lab called Sooam in South Korea.  The idea was to attempt to make an exact copy of Dylan.  Unfortunately, the first samples didn’t yield positive results.  This forced Remde to have to fly back to South Korea, this time with a tissue sample from Dylan.  At this point, Dylan had passed about 12 days prior. 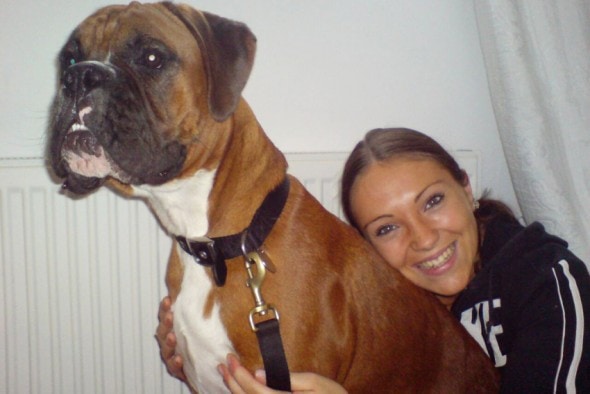 This time, the procedure was a success.  It may have cost them around $100,000 to get it done, but they did it.  This marks the first time in history that medical science has actually cloned someone using tissue and blood samples from a deceased subject.

“This is the first case we have had where cells have been taken from a dead dog after a very long time,” said David Kim.  Kim is a scientist with Sooam.  “Hopefully it will allow us to extend the time after death that we can take cells for cloning.”

The process is quite complicated, and cloning is still a hotly debated subject.  It would seem that either people are totally against it no matter what on one side, and those that would actually do it despite the extreme cost of the procedure.

“It is a controversial topic and there will be people who don’t agree with it but there will be loads of people that would love to be able to do it,” said Jacques.  “I can’t believe how much he looks like Dylan!  All the colorings and patterns on his body are in exactly the same places as Dylan had them.”