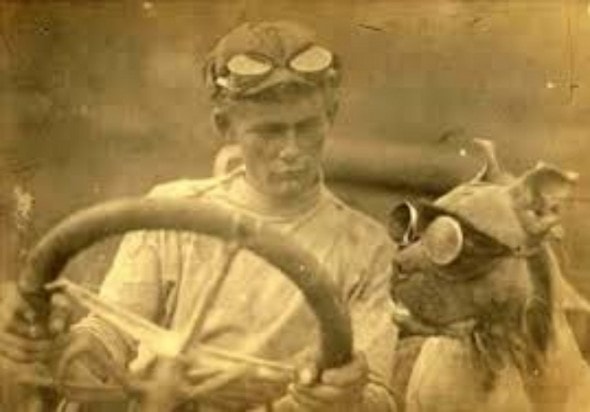 You only need to look at Bud, in his driving googles, to know this is one cool dog. He traveled with his owner,  a doctor named Horatio Nelson Jackson, and co-driver, mechanic, Sewall K. Crocker.  The trio started out in 1903 following a discussion about the feasibility of trans-continental motoring in a San Francisco men’s club, heading off to the east coast. 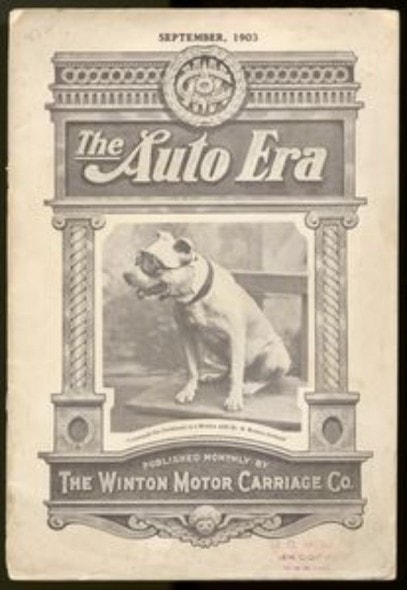 There was nothing at all glamorous about the trip, particularly if you take into account the vehicle in use had no roof, limited suspension, and belched smoke and noxious fumes.  They followed rivers, mountain passes, trails, and the tracks of the Union Pacific Railroad to navigate their way across the country. In fact, Bud wore his googles to keep his eyes protected on the hazardous journey, those googles now part of the collection of the Smithsonian American History Museum. 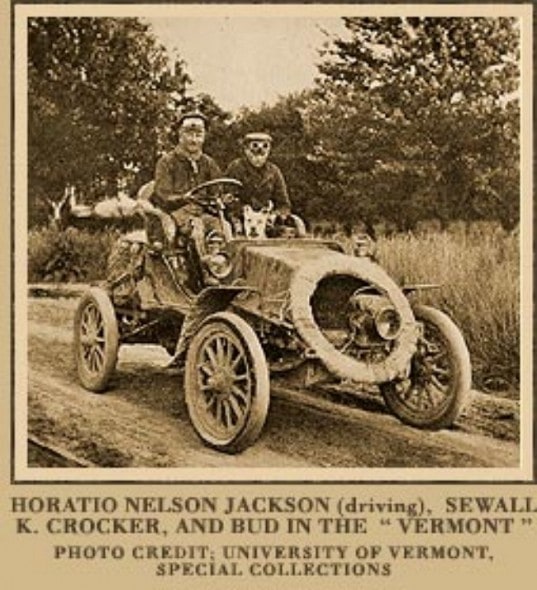 By the time they were done, Jackson had spent about $8000 on the endeavor which included hotels, gas (at 5 cents a gallon according to Antique Automobile Club of America), tires and parts, food, supplies, and the cost of the Winton automobile which had been dubbed “Vermont,” a tribute to Jackson’s home state.

Bud found himself gracing covers of magazines and at the center of news articles having accomplished the amazing feat.  So to you, Bud, on behalf of every dog who has ever enjoyed going for a ride, we give you our thanks for rising to the challenge, making taking a road trip with a dog a thing of joy. 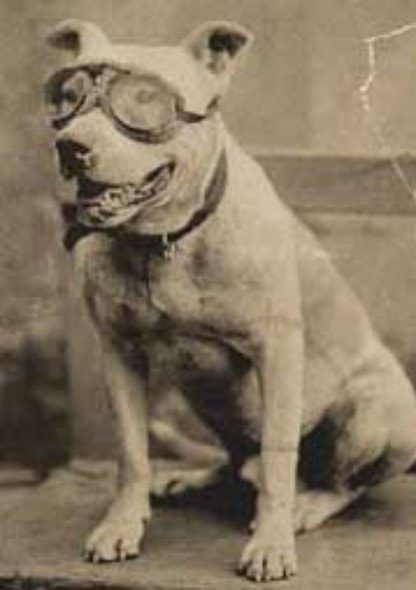