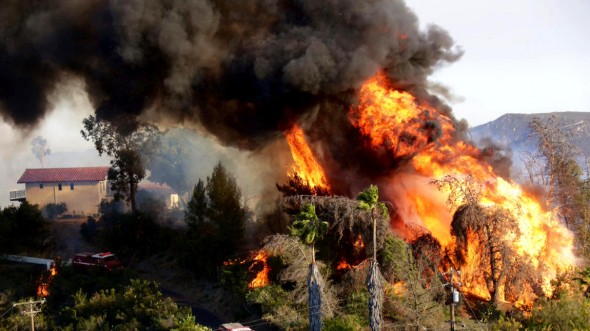 Two coyote pups are on the road to recovery after being plucked from the Poinsettia wildfire in California.  The brother and sister both suffered from badly burned paws, and the male would have starved to death had they not been saved.

A Carlsbad man found a female coyote pup in his backyard.  All four of her paws were badly burned, and her ears were singed.  The man called animal services, who sent the pup to the Fund for Animals Wildlife Center. 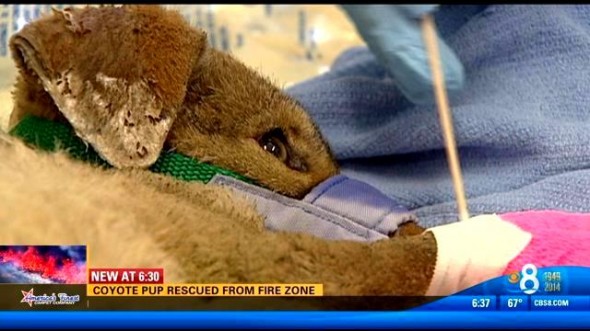 “She should have nice dark pads like your dogs, and all of the outer layer of skin has been burned away,” said Ali Crumpacker, director of the Fund for Animal Wildlife Center.

Though she wasn’t burned to the bone, it was bad enough to cause infection if left untreated.

“At this stage, pain control and infection control are paramount,” Crumpacker said.  “I think she is very lucky.” 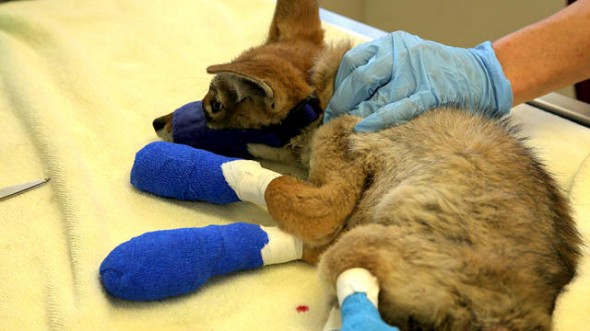 Two days later, a brother half her size was found on the other side of the canyon where she was discovered.

“It’s believed they’re from the same litter, because it’s unlikely two different coyote packs would have been sharing that same canyon,” Crumpacker noted. 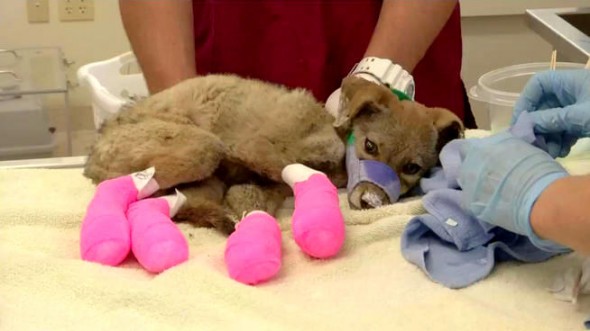 He was very emaciated and more badly burned than his sister.  Had he not been found, he would have perished.

“(It’s) rare to find one burn victim in a wildfire like this in the first place, but to find two that are probably from the same family unit is a miracle for them,” said Crumpacker. 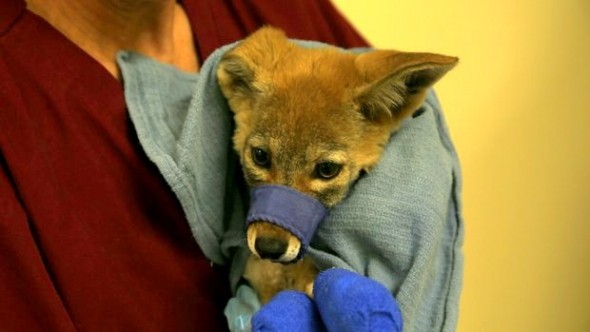 They have been sedated and their paws have been given a salve and wrapped.  The pups are being housed separately so they don’t pull off each other’s bandages, but they are right next to each other so they don’t get lonely.  Hopefully they will heal and be released in a few months.

“We’re really looking forward to the day that we can get them back together and see that they recognize and remember each other and hopefully grow up together and go back to the wild,” Crumpacker said.