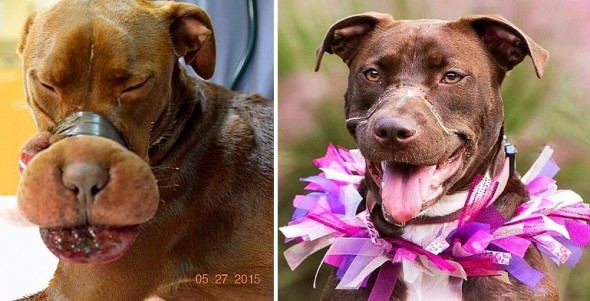 Remember Caitlyn?  She was the dog who was found with her muzzle taped so tightly closed that it nearly killed her.  But now, one year later, she’s been the face for scads of fundraisers for abused and injured animals, and is thriving in her foster home, which is soon to be her forever home.

The 15-month-old chocolate pit bull mix was found on the porch of a South Carolina resident who called 911 after seeing what horrible shape she was in. 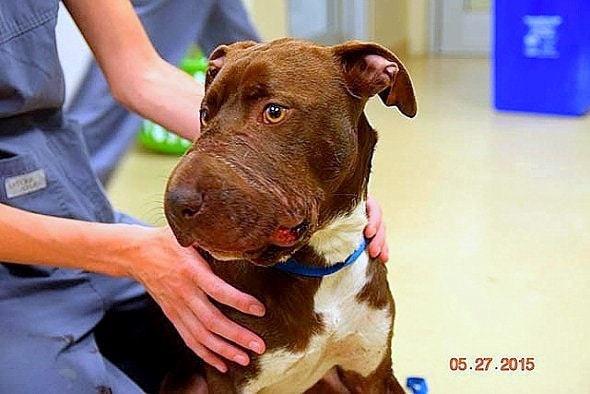 She was taken to Charleston Animal Society, who got her immediate medical attention.  The blood flow had been completely cut off from her tongue, making the situation quite delicate.  When the tape was removed, Caitlyn screamed in excruciating pain. 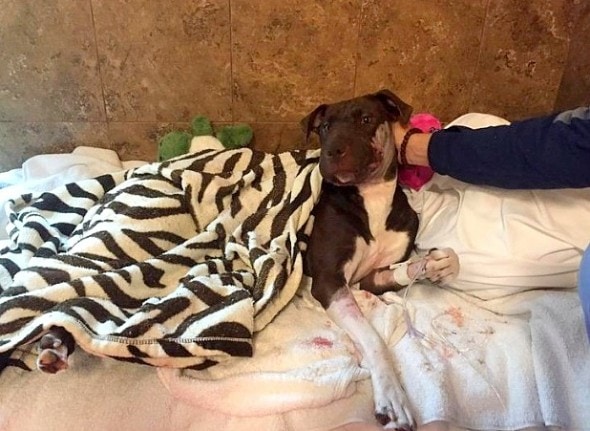 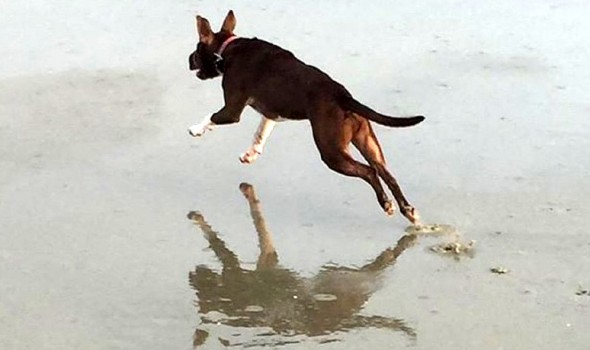 A fundraiser was set up for her care, and because of the widespread media attention, over $150,000 was donated.  This is far more than she needed, and the excess has been used to help all the other animals in need at CAS.

Caitlyn overcame her horrific treatment to become a canine ambassador for abuse victims, and her story has inspired cities nationwide to harshen punishments against animal abusers.  At their requests, she met singer/actor Rick Springfield and chef Alton Brown of Food Network when they were in the area. 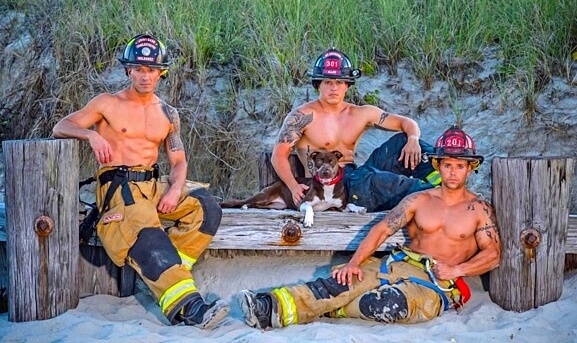 She’s been featured on magazine covers and even posed with Charleston firefighters for their 2016 and 2017 calendars, the proceeds of which go to CAS’ medical fund.  On May 3rd, $160,000 was raised during CAS’ Lowcountry Giving Day, partly because of Caitlyn’s presence.  And most recently, she was the guest of honor at Caitlyn’s Anti-Cruelty Fund’s gala, which raised another $75,000.

Much of this is possible thanks to the wonderful foster family that has been caring for Caitlyn since last June.  She loves playing and snuggling with her foster siblings – canine and human, and going for five-mile runs with her mom.  When the trial for her abuser is finished this summer, she will no longer be a foster dog, but a forever dog. 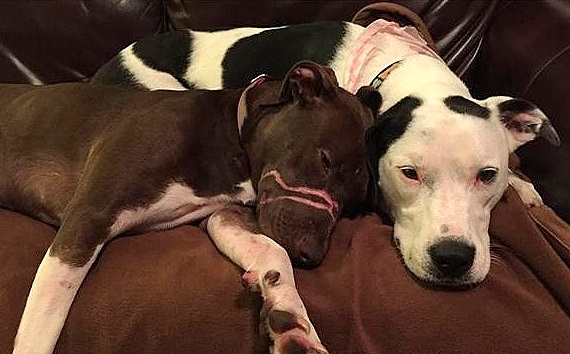 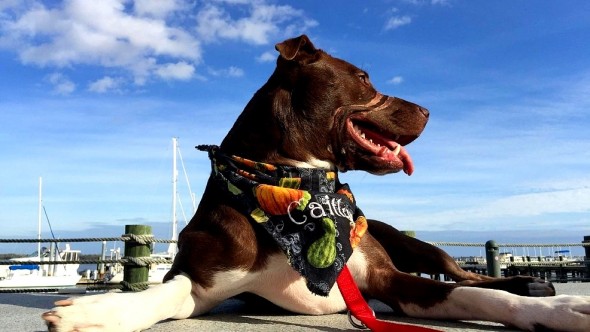