Reporter Kim Craig of 7 Action News in Detroit and her friend Sandra were on their way to help a man get ready for a job interview when they came across a dog lying near the street with his owner.  The dog, named Bosco, had spent his entire life on a chain, and was being walked to his owner’s new home when he collapsed from heatstroke.  But this reporter and her friend saved his life, and now he’s on the road to beginning a new one.

This is her story, as reported to WXYZ:

Sunday afternoon, a friend and I were eager to meet up with a man on Detroit’s east side to help him get ready for a job interview this week.

But on the way, we spotted a dog lying near the road next to his owner. We thought he’d been hit by a car.

My friend, Sandra Abrahamian, and I have assisted animal rescue groups before and we thought there might be something we could do, so we quickly pulled over to help.

A woman told us the dog’s name is Bosco, and she was walking him over a mile in the heat to her new home.

She said Bosco was an outside dog and no one would give him a ride to her new place. That’s when she and a friend decided to walk the Saint Bernard mix the entire way. He was going from a life on a chain in one backyard to another.

She said Bosco was having trouble breathing along the way, but they thought he could make it.

But just a block away from their destination, Bosco collapsed. We could tell he was suffering from a heat stroke.

She told us he had thrown up and could no longer stand. Bosco was panting excessively, his drool was also thick.

Bosco’s owner said she had wanted to give him away because she didn’t have time for him. She said he would never be allowed into her new home because her children have allergies and she worried he would dirty the carpet. 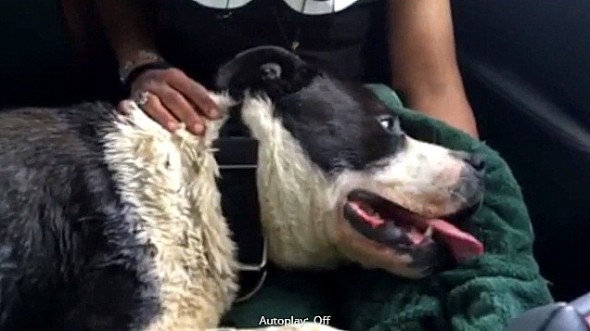 I made a frantic call to Kristina Rinaldi of Detroit Dog Rescue to ask if they could help Bosco because it was clear he was going to die without emergency care.

Rinaldi said they could help, and she alerted the staff at Oakland Veterinary Referral Services that a dog requiring critical care was being rushed in.

Sandra drove while I stayed in the backseat trying to comfort Bosco. I thought we lost him a couple times when he briefly stopped panting and his eyes seemed to fixate.

By the time we arrived, Bosco was still unable to stand. He was put on a stretcher and wheeled into the veterinary center.

Bosco was put on oxygen and intravenous fluids.

Bosco is now being called Roscoe. Rinaldi said one of the many other dogs in their care is already named Bosco, but she wanted this new member of their non-profit rescue to have a new name for his new life.

Bosco’s critical care and recovery is estimated to be several thousand dollars. But with the help of supporters, Detroit Dog Rescue will be able to cover his veterinary costs.

Once Roscoe was stable, Sandra and I did return to our original mission, knowing we had already been given the chance to help one very deserving soul. 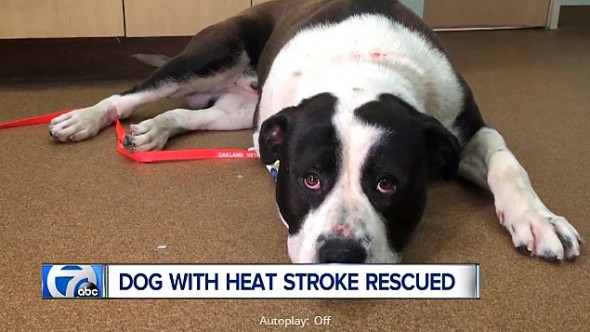