Toby, a two-year-old border collie has something that not every dog has, he has two noses. The dog was picked up as a stray on a rural road in California and then taken to the Tulare County Animal Shelter. He now waits to be claimed by his owners and if no one comes forward, he hopes to find a new forever home. 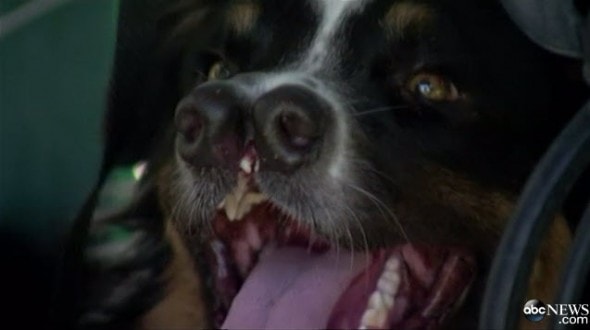 Shelter employees say the energetic dog was found in good health and therefore they believe he has caring owners. However, there was no microchip implanted on the pet to help him reunite with his family. If the dog did slip away from his owners and home, it is possible his owners are sick worry looking for him.

His double nose is a unique feature he was born with. There is no scar tissue on top of his nose to make veterinarians believe the duplicate or split honker happened later in his life.

For now the shelter is placing him on hold but in a few days he might be available for adoption.

We hope Toby finds his way back home, but if not, we’re sure there is a long line of interested people willing to make him part of their family.