In Diamante, Argentina, a dog roaming around a construction site fell and became trapped in an excavated hole but thanks to firefighters the pet was rescued, checked by a vet and returned to his owners.

It appears the dog fell in a residential construction zone. The dog was found trapped inside one of the excavated holes for a home’s foundation. Only the dog’s face was visible and thanks to a local who heard the dog’s cries, the animal in need was rescued. 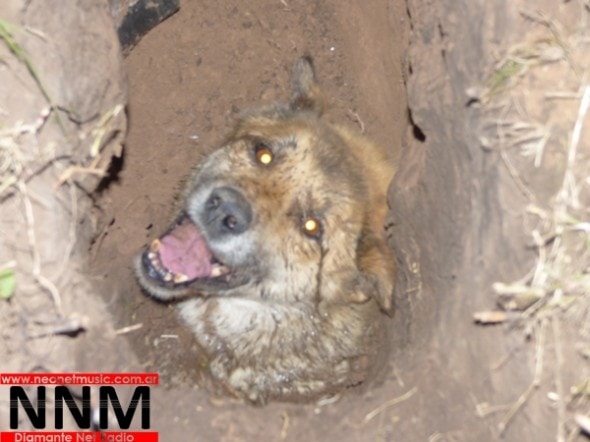 Once the trapped dog was found, authorities were called and soon after, Diamante’s firefighters arrived on the scene to retrieve the pet.

Firefighters had to carefully remove soil surrounding the pet without causing the dog to fall further into the whole. It took a few hours to retrieve the pooch, but in the end the dog was successfully rescued.

While the hero rescuers organized a rescue plan, a local animal welfare organization called Huellitas Diamante, arrived at the site as well. Once the dog was pulled to safety he was handed off to the animal rescue group.

“The dog is old and blind,” said the Huellitas Diamante. “He was very scared, tired, and cold. We gave him multivitamins while he was trapped so that he would be able to cope and survive the rescue process.”

At around 10:30 p.m. on September 25, 2014, he was pulled out of the hole. The dog was immediately taken to local veterinarian Adrian Herdt. The good news is the dog didn’t suffer any injuries from being trapped in the hole. 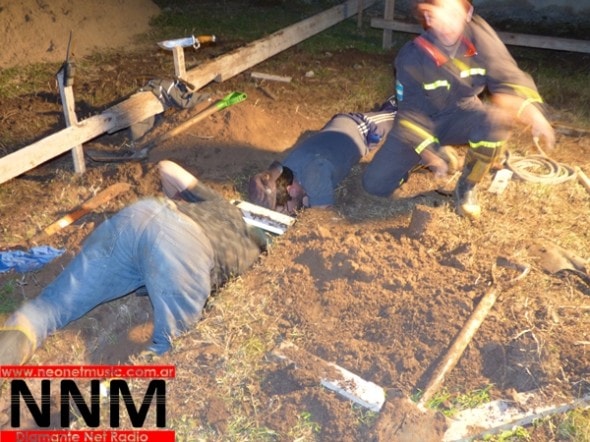 Huellitas Diamante happily reported that the dog’s owner, The Micle family, visited the vet clinic to claim their pet. The dog, named King, is now back home resting and staying out of trouble.