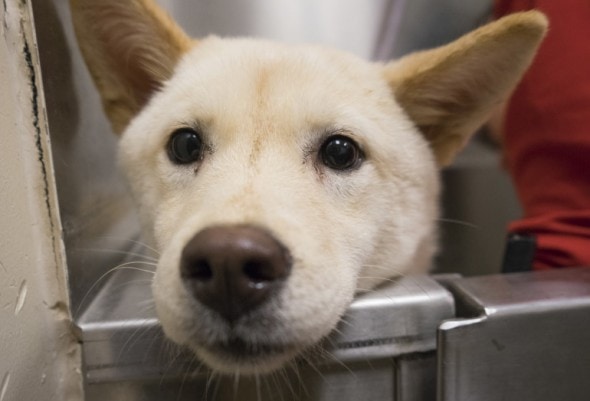 Autumn and Jeff are a lucky couple.  They are the first people to adopt a dog from the Humane Society of Southwest Washington, that had been rescued from a South Korean dog meat farm.

The dog’s new name will be Seoul, which is a city in South Korea.  The little jindo has only ever known life in a kennel at the Humane Society of Southwest Washington (HSSW), where she was brought to from the farm.

The couple heard about the rescue while attending the HSSW auction.  They got to meet the dog, and realized that they were going to need to do a lot of research and consideration before deciding to adopt her. 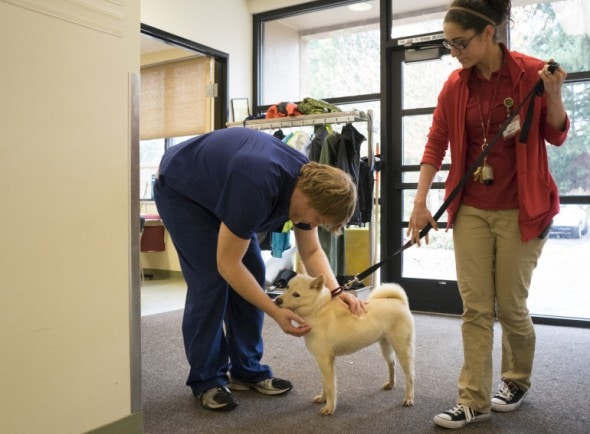 The couple was very happy to be getting to take Seoul home.  The said that they spent the past two days getting things ready, and doing some necessities shopping.

We’ve been dog shopping the last two days,” she said.  They also picked out a Washington Huskies and Seattle Seahawks jerseys for her.

Staff at the HSSW said that right as they were leaving, Seoul did something she barely let anyone at the shelter do.  She seemed to be so happy to be on her way to a new home, that she actually let her new family members touch her. 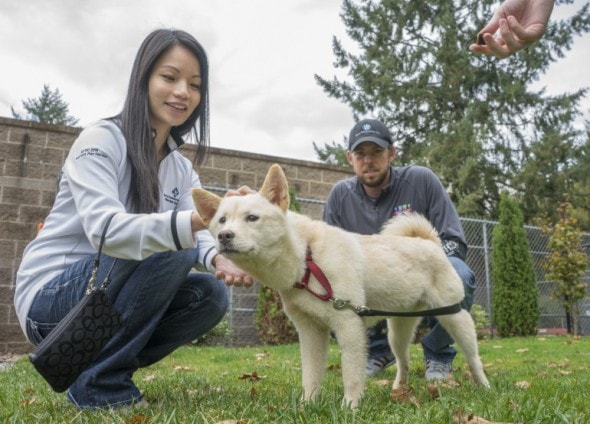