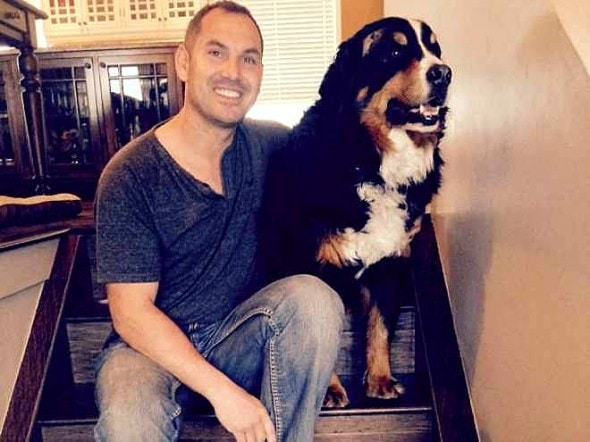 A Calgary man became a hero in his girlfriend’s eyes when early Monday morning he fended off a cougar that was trying to kill her dog.

Elvis Xerri and his lady, Jacqui, went to sleep on Sunday as they would on any other night.  Bernese mountain dog Boomer was snoozing outside below their window.  At 3 am, Elvis was startled awake by the sound of Boomer yelping and ran outside in his underwear.

“I was thinking it was a coyote attacking him. But it was the largest cougar I’ve ever seen, on top of the dog,” he explained to the Calgary Herald.

Adrenaline took over and not knowing what else to do, Elvis straddled the cougar and scruffed it.

“I threw it about five or six feet,” he said.

By the big cat was unfazed and tried to drag Elvis into the woods nearby.  Screaming, Elvis launched himself at the cougar, which darted off into the trees. 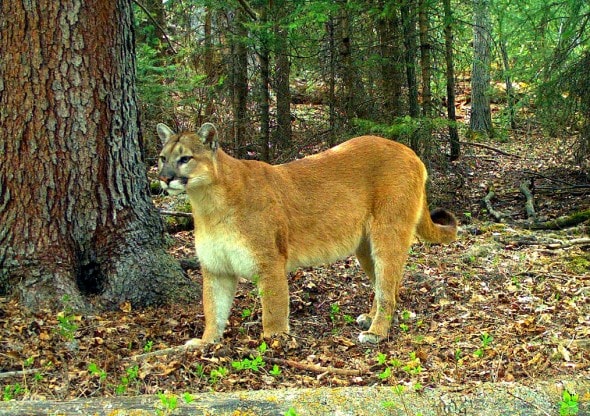 Meanwhile, Jacqui and her two children anxiously waited inside, fearful what the outcome of the scuffle would be.  Thankfully, Elvis and Boomer sustained only minor injuries.

“He’s good. We took him to the hospital and he just had some teeth marks on his skull from where the cougar was trying to drag him,” the hero said.  “He’s alive. I was worried about Jacqui. She’s not used to the country, and if she lost her dog that way, it would be really traumatic.”

Elvis said that he had a suspicion earlier in the day that something was skulking about near the property because their golden retriever had been barking all afternoon.  He’s seen other wildlife – bears, coyotes, and lynxes – but has never had such a close encounter with a cougar.  He worries for his children’s safety.

“I’ve seen them at the end of my driveway where my kids get picked up for the school bus,” he said.

Officials with Alberta Fish and Wildlife have been investigating the matter.  They advise people to stay alert when in areas where bears and cougars live.  They say to make a lot of noise, travel in groups, keep children and animals close, and avoid wearing headphones.

“Never run away from cougars or show fear by screaming. Always fight back and never give up if a cougar makes contact,” said Dan Laville.