Wobbler syndrome is a disease of the cervical spine in the area of the neck, in which the spinal cord and spinal cord nerve roots are compressed. This compression leads to neck pain and neurological problems like the wobbly walk dogs with the syndrome exhibit. 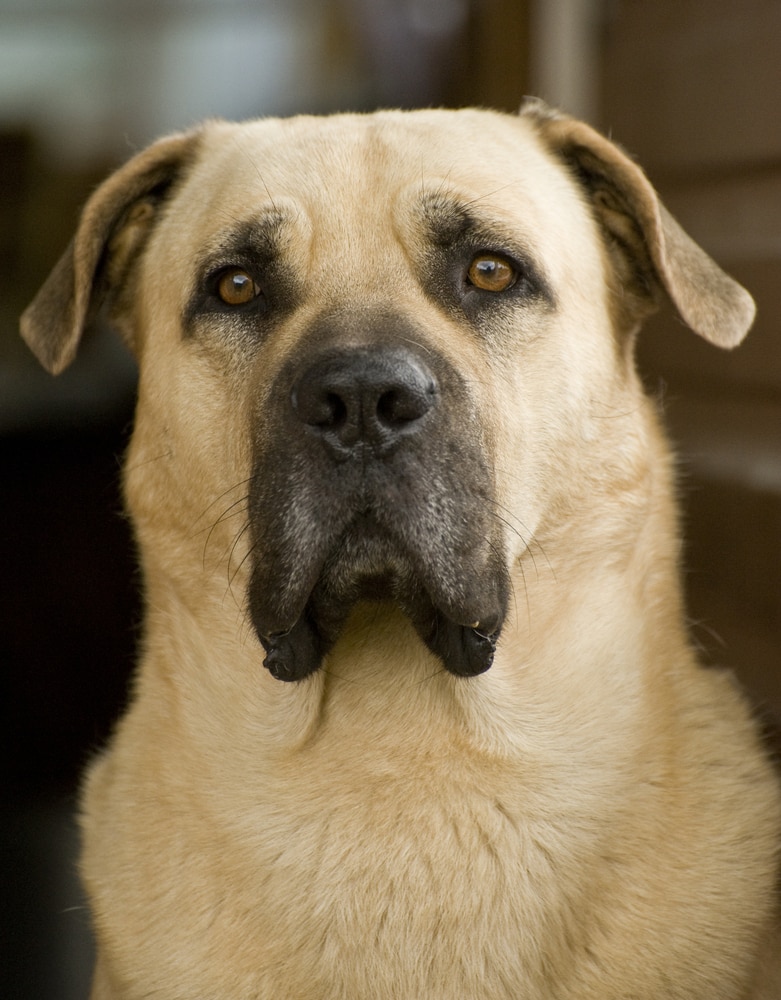 This wobbly gait involves taking short, floating steps with the front legs and a swaying or wobbly movement of the hind legs.

Causes of Wobbler’s in At-Risk Breeds

Wobbler syndrome develops in one of two ways:

Either of these problems can cause the spinal cord and nerve root compression seen in Wobbler’s dogs.

The slipped disc presentation is most commonly seen in Dobermans.

In Great Danes and mastiffs, the problem is most often seen in dogs under the age of three, and these two breeds usually develop Wobbler’s from a bony vertebral malformation rather than a disc problem.

Besides the wobbly gait and neck pain, other symptoms of Wobbler’s can include:

Wobbler’s is usually a slow, progressive disease except in cases of acute trauma when it develops very rapidly.

Weakness, loss of muscle coordination and toe dragging usually begin in the rear limbs. Dogs with these symptoms often stand or walk in a crouched position with the head held very low, and suffer intense neck pain.

The condition progresses to involve the front limbs, but usually with less severe symptoms.

A definitive diagnosis of Wobbler syndrome is made through x-rays, myelographs, a CT scan or MRI.

A study of over 100 dogs at the Ohio State University College of Veterinary Medicine showed that 50 percent of Wobbler’s dogs improve with medical management. About 30 percent remain stable. And for the remaining 20 percent, the condition continues to worsen.

No collars or leashes should be placed around these dogs’ necks – harnesses must be used.

Medical management is typically attempted with older dogs with mild symptoms, and dogs with multiple locations of spinal cord compression.

My Choice of Treatment:  Physical Rehabilitation

Aqua therapy, laser therapy and acupuncture including electro-acupuncture can be beneficial for these dogs.

There are also natural anti-inflammatories, Chinese herbs and antioxidants that can be beneficial. But nothing replaces the benefits of physical rehabilitation for canine Wobbler patients.

If medical management and/or rehabilitation and complimentary therapies are unsuccessful in bringing relief to a Wobbler’s dog, the only other option to improve quality of life is surgery.

The type of surgery performed depends on the underlying cause of the spinal cord compression.

There are several things to consider when deciding if surgery makes sense, including what technique might be most effective, the number and severity of lesions in the spine, the dog’s age, and other concurrent disease processes.

If you own an at-risk breed for developing Wobbler’s, I recommend proactive cartilage and disc support — for example, over-the-counter supplements like glucosamine sulfate and MSM — very early in your dog’s life.

As your dog ages, I recommend progressively more intense support, including egg shell membrane and Adequan.

Maintenance chiropractic care is always a good idea, along with consistent use of a harness instead of collars that place stress on the neck.

All these steps can help reduce your large or giant breed dog’s risk of developing Wobbler syndrome.