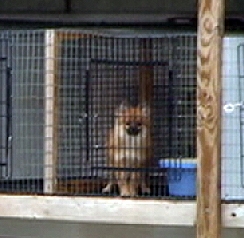 Lawmakers this year approved legislation that eliminated the Oklahoma Board of Commercial Pet Breeders and transferred regulation and licensing of kennels to the Agriculture Department. Rules adopted by the pet breeders’ board expire June 30.

The Board of Agriculture approved the emergency rules this week a couple hours after holding a public hearing.

As under existing rules, only pet breeders with 11 or more breeding females are subject to state regulation. An unspayed female at least 9 months old is considered a breeding female.

The board lowered proposed licensing fees and eliminated a requirement that veterinarians must conduct annual physical examinations at dog and cat kennels.

The emergency rules still require veterinarians to make at least a personal visual inspection annually of pet breeding operations. If during the course of that visit signs of disease or injury are detected, a physical examination of any dog or cat would be conducted.

The emergency rules can last until shortly after the end of the legislative session in late May. Work will start on drafting permanent rules in September or October; a public hearing likely will be held in October. The rules have to be submitted by April 1. The governor, House of Representatives or Senate can reject all or part of the rules within 45 legislative days; after that it would take joint action by the House, Senate and governor to change rules.

Many of the emergency rules are similar to existing regulations, patterned after care and handling standards of the U.S. Department of Agriculture.

The emergency rules provide voluntary licensing for those who have fewer breeding females. That license is $125.